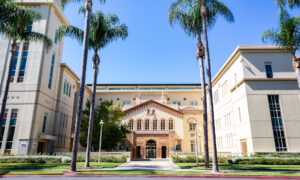 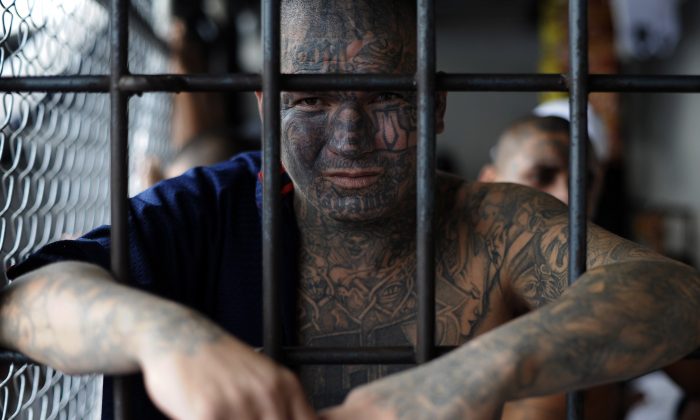 LOS ANGELES—Police arrested 21 members and associates of street gang Mara Salvatrucha, or MS-13, in Los Angeles on Wednesday in pre-dawn raids that were the culmination of a three-year probe, officials said.

Federal prosecutors indicted 44 people, including those taken into custody on Wednesday and others already in jail, on charges ranging from murder to extortion. The indictment also names 12 senior leaders of MS-13 in Los Angeles as defendants.

The crackdown—which involved the Federal Bureau of Investigation, other federal agencies and Los Angeles police—is the largest-ever law enforcement action against MS-13 in Los Angeles, where immigrants from El Salvador started the gang in the 1980s, officials said.

Attorney General Jeff Sessions last month vowed to combat MS-13, which has expanded to many U.S. cities and spread to several Latin American countries, by cracking down on illegal immigration.

Officials at a news conference on Wednesday in Los Angeles underscored that this latest action against MS-13 began under the administration of former President Barack Obama and that individuals’ immigration status was not the focus.

More than half of those charged are illegal immigrants, according to Deirdre Fike, assistant director in charge of the FBI’s Los Angeles field office.

Los Angeles Police Chief Charlie Beck said that investigators also relied on witnesses and victims who are themselves not legal U.S. residents.

“MS-13 is responsible for murders of rival gangs and innocent bystanders as well as drug dealing and extortion in communities in the Los Angeles area,” acting U.S. Attorney Sandra R. Brown said at the news conference. “Today’s action however will deal a critical blow to the top leadership of that enterprise.”

MS-13 operated clandestine after-hours clubs in the Los Angeles area where it made money from prostitution and from drug and alcohol sales, Brown said, adding that the gang also extorts from both street-level drug dealers and legitimate business owners.

Most of the defendants face the possibility of decades in prison if convicted, Brown said.