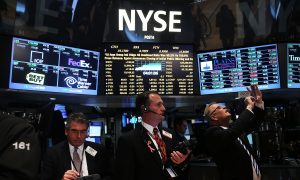 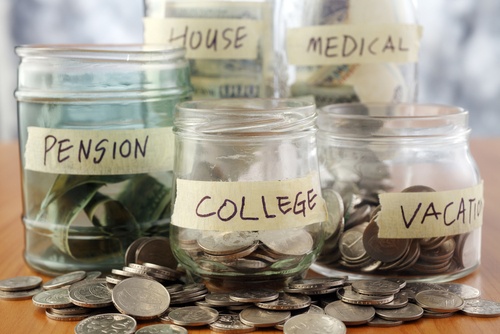 WASHINGTON—The majority of Americans do not spend their entire paycheck, but the amount saved is typically not very much, according to a new national survey co-sponsored by the Consumer Federation of America (CFA) and American Savings Education Council (ASEC).

It’s a struggle for most people to save, and over the years the trend in savings has generally declined. Most Americans are not making meaningful progress in saving for future retirement. A shrinking percentage do not have some kind of a saving and spending plan, while a growing number don’t even have enough reserved for emergencies.

“About two-thirds (68 percent) reported that they are spending less than their incomes and saving the difference. This figure is up from 65 percent in 2013 though much lower than the 73 percent in 2010,” states the CFA press release.

The survey found that a little more than half (54 percent) said they were building equity in their homes or other property, whereas in 2010, 68 percent said they were.

The trend is not good for other aspects of personal finance. In 2010, 71 percent of Americans said they had “sufficient emergency savings for an unexpected expense like a car or doctor visit;” in the 2014 survey, the number drops to 64 percent.

One question asked about having a “savings plan with specific goals.” In 2014, the proportion was 51 percent, which fell slightly from a year ago at 54 percent, and 55 percent in 2010.

Stephen Brobeck, executive director of the CFA and a founder of “America Saves,” said at the Feb. 24th teleconference that among those who save for retirement, the amount is more likely to be sufficient for those who have a savings plan (61 percent) than those without a plan (30 percent).

“As numerous studies have shown, those with a plan save much more effectively than those without one,” said Dallas Salisbury, CEO of the Employee Benefit Research Institute and president and chairman of ASEC, in the press release.

Whether the Obama Administration’s new savings plan, called myRA, announced at the State of Union address, will make a mark in savings remains to be seen. It is intended for low- and middle-income Americans who don’t have access to employer-sponsored retirement plans, according to CNN.

Salisbury said at the news conference that many people are under the false impression that in order to open an IRA account, they need to put down $2,000. He hopes the myRA will dispel that impression, and make clear that “the initial contribution can be a low dollar number, and the continuing contributions can be $5 a month or less.”

He added, “The myRA is an interesting experiment to see if some of the historical advertising can be overcome.”

The total percentage of 68 doesn’t tell the whole story. Whether one spends less than one’s income and saves the difference is highly correlated with how much they make. The survey analysis focused on the middle class, defined as a family income of between $25,000 and $100,000.

The press release did not report results from the extremes of the income distribution: below $25,000, which could mean poverty, and above $100,000.

The “middle class” was broken down into three groups. Lower middle class was defined by incomes of $25,000-$50,000. The number who said they save was 69 percent.

The middle and upper middle classes are more likely to be saving, probably because they have the extra funds to do so.

Again, the difference in likelihood of emergency savings between the lower middle class, and the two higher income categories is conspicuous—a 10 to 13 percent difference.

Brobeck attributed the difficulties of the middle class to the fact that many are still recovering from the Great Recession.

The seventh annual national survey regarding household saving was created by CFA, and sponsored by almost 1,800 government, business, and non-profit organizations. The survey was conducted by ORC International on a representative sample of 1,018 adult Americans. Data was collected from phone interviews Jan. 30-Feb. 2, and the margin of error is plus or minus three percent.