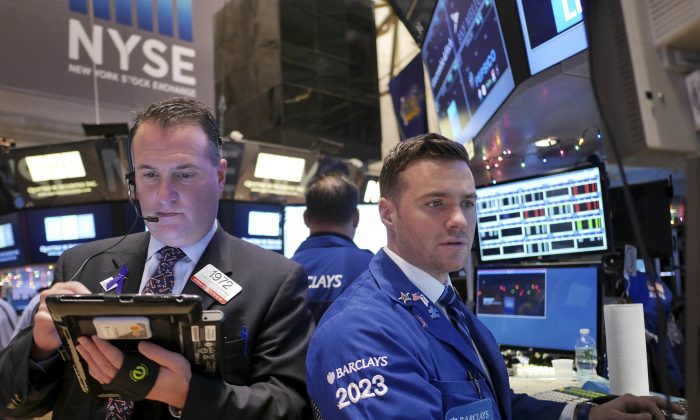 Dow Tops 18,000 Points as US Economy Surges Ahead

In a year full of market milestones, Wall Street crushed a couple more Tuesday, lifting the Dow Jones industrial average past the 18,000-point mark for the first time and delivering the Standard & Poor’s 500 index its second record-high close in two days.

Investors welcomed the latest encouraging news on the economy as the government said the U.S. grew at the fastest pace in more than a decade in the third quarter. The economic report card raised expectations for greater demand for fuel, driving oil prices higher as well as energy stocks, which have been beaten down this year by the sharp decline in the price of crude.

The stock market rally gave the Dow and the S&P 500 their fifth straight gain. The indexes have recovered the last of the ground they lost in an early-December slump. It also marked the 51st all-time high for the S&P 500 and the 36th for the Dow this year, according to S&P Dow Jones Indices.

“This is going to end up being a bit better of a year for stocks and bonds than most people thought coming in,” said Bob Doll, chief equity strategist at Nuveen Asset Management. “The economy caught some steam and it’s able to stand up with its own two feet.”

While the U.S. economy has been gaining momentum, Europe is struggling to grow, Japan has slid into recession and China is straining to manage a slowdown. Russia envisions a recession next year.

The market has been going steadily higher for the last two weeks after hitting a recent low of 17,069 on Dec. 16 as traders worried about plunging oil prices and a sharp drop in Russia’s currency. Investors have been encouraged by signs of strength in the U.S. economy and reassurances that the Federal Reserve won’t raise interest rates soon. Those trends bode well for the bull market run, which is on track to mark its sixth year in March.

The indexes’ new heights have made stocks more expensive. Investors are paying $17.60 for every $1 in earnings for companies in the S&P 500. That’s above the long-term average price-to-earnings ratio of $16.

“You have to understand that U.S. economic output is at an all-time high and corporate profits are at an all-time high,” Hinds said. “Bull markets typically don’t die purely of old age, they tend to die of recessions and overvaluation and perhaps policy mistakes, and we don’t see any of those on the horizon.”

The market started off Tuesday’s record run early in the day, with the Dow and the S&P opening slightly higher. Shortly after, the Dow topped 18,000 points for the first time, while the S&P extended beyond the all-time high from the day before.

The Nasdaq trailed the other two indexes, weighed down by a broad slide in biotech stocks.

Investors were monitoring a mixed bag of economic reports Tuesday.

The Commerce Department reported that the economy grew at a 5 percent annual rate in the July-September period, powered by stronger consumer spending and business investment. That’s the fastest quarterly growth since the summer of 2003.

Oil prices stabilized after a recent rout. Benchmark U.S. crude rose $1.86 to close at $57.12 a barrel. The price has fallen by about half from a peak of $107 a barrel in June due to abundant supplies and waning global demand for energy.

Brent crude, a benchmark for international oils used by many U.S. refineries, rose $1.58 to close at $61.69 in London.

On Wednesday, U.S. and European markets close early ahead of the Christmas holiday.