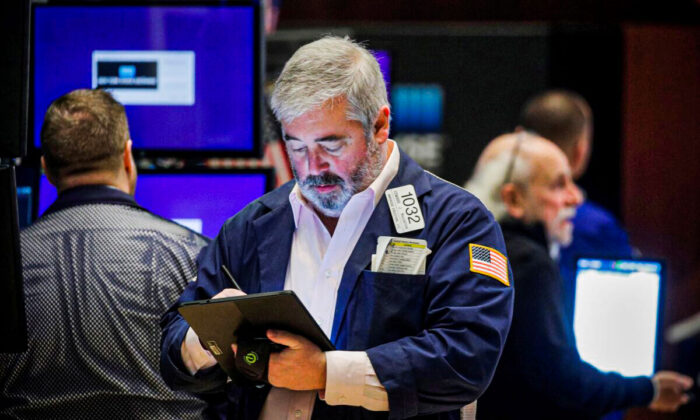 The Dow rallied over 1 percent on Monday as economy-linked banks and energy stocks roared back after sharp declines in the previous week, while Nasdaq struggled to keep pace as Nvidia dragged down chipmakers.

All of the 11 major S&P 500 sectors advanced, with financials, energy, and industrials jumping more than 1.5 percent each, while defensive utilities topped with a 2.3 percent gain.

“If today’s strength in the blue-chips can sort of sustain itself, that might give the rest of the market the ability to start to feel confident,” said Robert Pavlik, senior portfolio manager at Dakota Wealth Management.

“What I would say is (value trade) would be more profitable, or rather less losses, potentially,” said Phil Toews, chief executive officer at Toews Asset Management.

“If the data continues to support emergent and high inflation, that would mean that potentially the Fed doesn’t have the ability to choose, it will speed up its rise in interest rates and that will have a negative effect on stocks.”

The Russell 1000 value index has gained nearly 2.5 percent so far in December, outperforming its growth counterpart, which dropped about 2 percent.

Goldman Sachs on Saturday cut its outlook for U.S. economic growth to 3.8 percent for 2022 citing risks and uncertainty around the emergence of the latest coronavirus variant, with investors also bracing for a potential hit to corporate earnings, particularly among retailers, restaurants, and travel companies.

Kohl’s Corp jumped 7.5 percent after hedge fund Engine Capital LP said it was pushing the department-store chain to consider a sale of the company or separate its e-commerce division to improve its lagging stock price.

The S&P index recorded 18 new 52-week highs and one new low, while the Nasdaq recorded 19 new highs and 565 new lows.