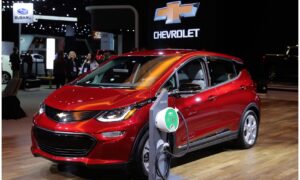 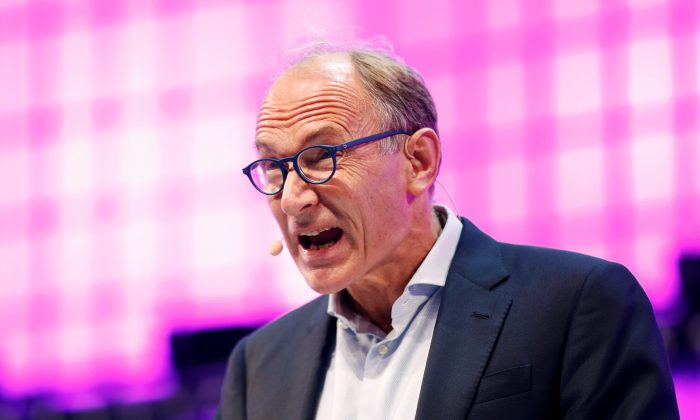 Don’t Leave Half the World Offline and Behind, Urges Web Founder Tim Berners-Lee

LISBON—British computer scientist Tim Berners-Lee, who invented the World Wide Web, appealed on Nov. 5 for companies and governments not to leave behind half of the world’s population yet to have internet access, which includes billions of women and girls.

Berners-Lee told the opening of Europe’s largest technology conference that everyone had assumed his breakthrough in 1989, that connected humanity to technology, would lead to good things—and it had for a while.

But he said the internet was “coming of age” and going awry, with fake news and issues with privacy, hate speech, and political polarization, as well as a growing digital divide between those in richer and poorer countries.

He called on companies and governments to join a “contract for the web” by next May in order to rebuild trust in the internet and find new ways to monetize, regulate, and ensure fair and affordable access to the online world.

“Everything we do … to make the web more powerful, it means we increase the digital divide,” Berners-Lee, 63, told the opening of the ninth edition of the Web Summit, dubbed “the Davos for geeks,” that attracts up to 70,000 people.

“We’ve an obligation to look after both parts of the world.”

Berners-Lee highlighted studies showing that half of the world’s population will be online by next year—but the rate of take-up was slowing considerably, potentially leaving billions cut off from government services, education, and public debate.

His concerns were echoed by U.N. Secretary-General Antonio Guterres who stressed the need for a “digital future that is safe and beneficial to all” to meet the United Nation’s global goals of ending inequality and extreme poverty by 2030.

In 2016 the United Nations passed a resolution to make disruption of internet access a violation of human rights.

Google’s head of philanthropy, Jacqueline Fuller, said it was huge milestone for the web to reach 30 next year, adding her company was one of 50 organizations to have already signed up to the pact developed by Berners-Lee’s World Wide Web Foundation.

Other supporters include Facebook, British billionaire entrepreneur Richard Branson, and the French government.

“This is also a great opportunity for us,” Fuller told the Web Summit. “Women and girls are much less likely to have access [to the internet].”

Despite the challenges, Berners-Lee said he was optimistic about the future of the internet.