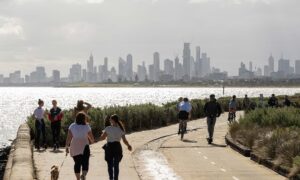 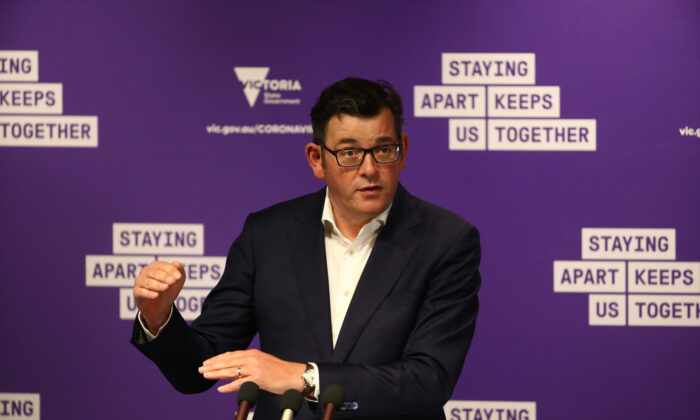 Premier Daniel Andrews has all but dashed Victorians’ hopes for significant easing of restrictions on Oct 25, as an outbreak in northern Melbourne grows.

All staff and students from two schools in northeast Melbourne have been told to immediately get tested for COVID-19 after seven cases were reported on Saturday.

Four of the new cases were diagnosed in suburban Preston and one is a student from East Preston Islamic College (EPIC).

The slight spike in infections comes as active cases throughout the state dipped below 100 for the first time since June.

The results have prompted health authorities to direct all staff and students from the college, and from nearby Croxton School, to get tested and self isolate, even if they aren’t experiencing symptoms.

Both schools will be closed for the next fortnight after two students at EPIC and one at the Croxton School attended classes while infectious.

The premier says tens of thousands of tests are still being processed and authorities need the results to make informed decisions on restrictions, due to be announced on Sunday.

“I just want to caution people from banking that tomorrow I’ll be making a whole series of detailed announcements about opening up,” he told reporters on Saturday.

“It will be a very late night and a very early morning, so we can get as many results on the table so that we can have the most complete picture available to us.”

“It would be wrong to call people to test and then make decisions without having looked at those test results.”

Andrews comments came a day after 16 people were arrested and 96 fines issued during an anti-lockdown protest in Melbourne, which at times erupted into violent scuffles between police and demonstrators.

He indicated health authorities would not lock down the affected suburbs as had been done in the past, but rather may delay the easing of restrictions for the whole city.

Some 800 residents in Melbourne’s northern suburbs have already been isolating because of the EPIC outbreak, which began when a family supposed to be isolating mistakenly sent a child back to school.

But Andrews disputed media reports that the family, and others in the area for whom English is a second language, were not provided the translation support they needed.

“The notion that whenever something happens that ought not to happen, that is somehow a fundamental deficiency in our public health response is not fair.”

Community, faith and school leaders have also been helping get the message out, he added.

Over 20,000 warnings have also been sent via text and email to taxi and Uber drivers who might have visited the area, asking they present for testing.

Further north, a number of secondary contacts at Sirius College in Broadmeadows and Ilim College are being tested after they were linked to separate close contacts of a confirmed case.

The average number of daily cases in the fortnight up to Friday was five for metropolitan Melbourne and 0.2 in regional Victoria.

The state’s death toll remained at 817 on Saturday and the national figure at 905, with only one death in the past week.

There are 10 cases in the two weeks up to Wednesday which have a mystery source.