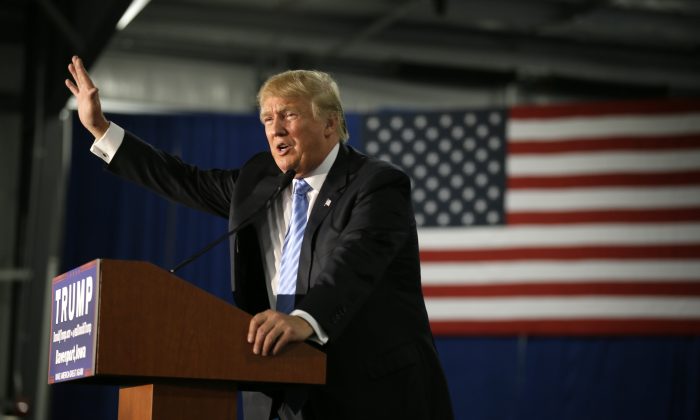 The proposed ban on Muslims by Republican presidential candidate Donald Trump has drawn harsh criticism, including from fellow Republicans.

Dick Cheney, the former vice president, said after Trump’s comments were made public that the idea goes against foundation of America.

“This whole notion that somehow we can just say no more Muslims, just ban a whole religion, goes against everything we stand for and believe in,” Cheney told conservative radio host Hugh Hewitt.

“I mean, religious freedom has been a very important part of our history and where we came from.”

Cheney did note that a more thorough vetting process is needed. Trump’s proposal came after it emerged that San Bernardino Muslim terrorist Tashfeen Malik entered the U.S. on a fiance visa before marrying her husband Syed Rizwan Farook, the other shooter.

Rivals in the Republican race also slammed Trump’s idea, with Jeb Bush calling him “unhinged” and claiming that “his ‘policy’ proposals are not serious.”

WATCH: “If a person is a Muslim and goes overseas, they can come back. They’re a citizen, it’s different.” – Donald J. Trump. George Stephanopoulos interviews Trump following the candidate’s call for a ‘shutdown’ of all Muslims entering the United States: http://abcn.ws/1PUiIFf

Experts also noted that the proposed ban likely wouldn’t work if Trump was indeed elected and tried to push it through.

“This would not only violate international law, but do so by embracing open discrimination against one religion. It would make the United States a virtual pariah among nations,” Jonathan Turley, a constitutional law expert at George Washington University, told the Washington Post.

“That’s blatantly unconstitutional if it excludes U.S. citizens because they are Muslims,” added Richard Friedman, a law professor at the University of Michigan, citing the U.S. Constitution’s equal protection clause and the First Amendment’s doctrine of freedom of religion.

The only precedents are ones that have been deemed mistakes, Stanford Law professor Jenny Martinez told MSNBC.

“To the extent there are precedents for this kind of blanket discrimination,” she said, “they are ones, like the Japanese internment camps upheld by the Supreme Court in Korematsu, which all reasonable constitutional experts consider tragic mistakes that we should not repeat.”