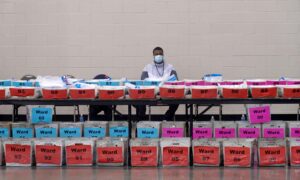 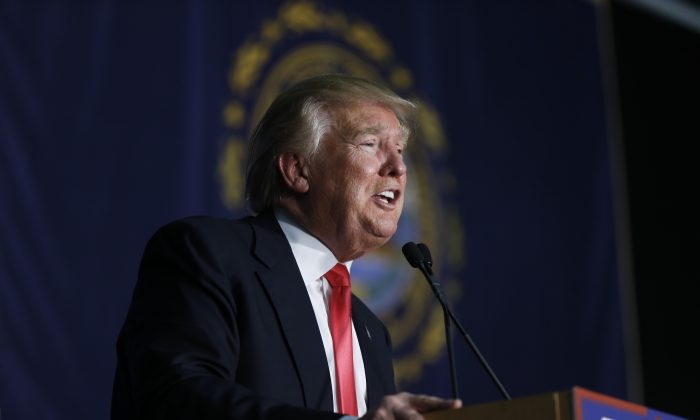 Donald Trump returned to top form at a New Hampshire rally on Tuesday, telling the crowd that they should want him as commander in chief.

“If we are attacked, somebody attacks us, wouldn’t you rather have Trump as president if we’re attacked?” he said at a rally in Milford, N.H. “We’ll beat the [expletive] out of them.”

“We’ve become the policemen to the entire world,” he said, reported The Hill. “We take care of the world. They pay us peanuts.”

“We can use them to knock out ISIS with us so that maybe we don’t always have to pay for it. Knock the hell out of them, but let them drop some of their bombs that cost $1 million apiece, let them use some of their weapons that cost billions of dollars,” Trump said. “Let them beat the [expletive] out of ISIS also.”

Trump also slammed Ted Cruz after Cruz admitted to having his campaign tell Iowa voters that Dr. Ben Carson had dropped out of the race prior to the caucus.

“I think he insulted Ben Carson,’ said Trump of Iowa voters being told by Cruz’s camp that Carson was out as they went to cast their ballots. That was a disgrace,” he said, reported the Daily Mail. “What he did to Ben Carson was terrible. ‘When they said Ben Carson is out of the race and come vote for him, I thought it was terrible.”

Trump also admitted the reason he didn’t win Iowa may have stemmed from his choice to skip the last debate.

“I think some people were disappointed that I didn’t go into the debate,” Trump said, but added he would skip it again and noted he raised $6 million for veteran groups. “I think we did very well. I guess what did happen is one poll came out that said we were four or five points ahead and maybe built up a false expectation for some people.”