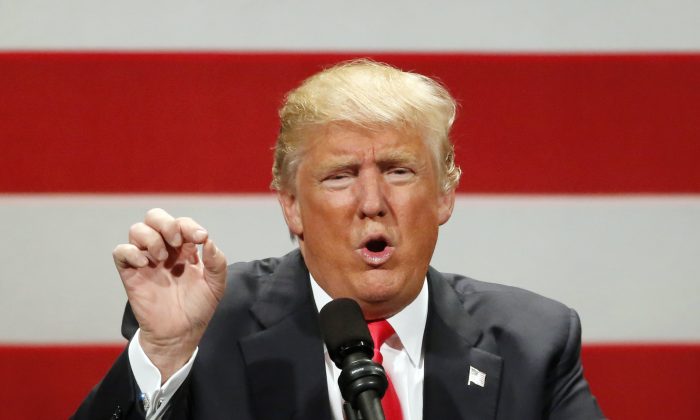 Cruz earned 48.3 percent of the vote in Wisconsin, against Trump’s 35.1 percent. John Kasich drew 14.1 percent, with the rest voting for other candidates.

Donald J. Trump withstood the onslaught of the establishment yet again.
— Donald Trump

“Donald J. Trump withstood the onslaught of the establishment yet again,” Trump said in the statement. “Lyin’ Ted Cruz had the Governor of Wisconsin, many conservative talk radio show hosts, and the entire party apparatus behind him.”

The campaign then accused Cruz of coordinating with his super PAC, which would be a violation of federal action laws.

However, the campaign did not produce any evidence supporting the claim.

“Not only was he propelled by the anti-Trump Super PAC’s spending countless millions of dollars on false advertising against Mr. Trump, but he was coordinating with his own Super PAC’s (which is illegal) who totally control him,” Trump’s statement said.

“Ted Cruz is worse than a puppet—he is a Trojan horse, being used by the party bosses attempting to steal the nomination away from Mr. Trump. We have total confidence that Mr. Trump will go on to win in New York, where he holds a substantial lead in all the polls, and beyond.”

The statement concluded by arguing that Trump is “the only candidate” that has a chance of defeating Democratic front-runner Hillary Clinton.

Cruz didn’t respond directly, but suggested in his victory speech that voters have finally seen him as the right choice over Trump.

“Tonight is a turning point,” Cruz told cheering supporters not long after the race was called. “It is a rallying cry. It is a call from the hardworking men and women of Wisconsin to the people of America—we have a choice, a real choice.”