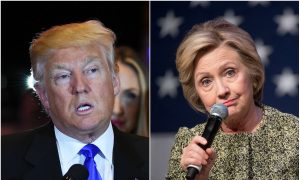 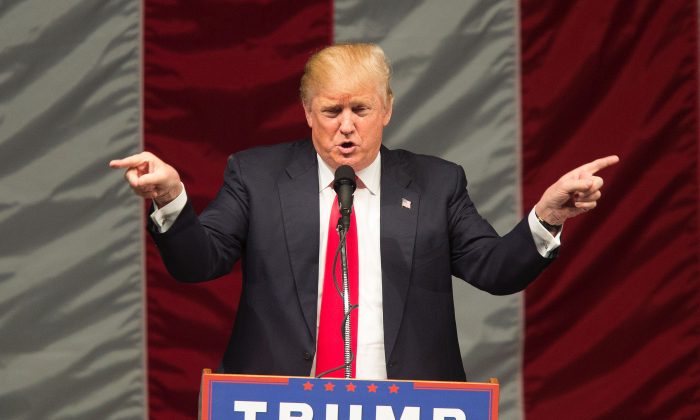 Are his proposals realistic?
By Valentin Schmid

Donald Trump recently hit on another very sensitive issue in U.S. politics, which doesn’t have to do with immigration: the national debt.

He told CNBC: “I would borrow, knowing that if the economy crashed, you could make a deal … And if the economy was good, it was good. So, therefore, you can’t lose.”

Many commentators thought Trump wanted to first increase borrowing and then renegotiate or default on the debt if the economy turned sour. That’s right: a default on U.S. government debt, just like Greece or Argentina. This concept is not new to creative minds on the fringes of finance, but no responsible person would even consider it in private let alone speak about it on a mainstream TV channel.

However, Trump later went on CNN to say he did not mean to explicitly default on the debt but rather buy it back at a discount should bond prices fall in the future.

“People say I want to default on debt—these people are crazy. First of all, you never have to default because you print the money, I hate to tell you, so there is never a default. It was reported in the New York Times … that I want to default on debt. You know I am the king of debt … I love debt, but debt is tricky and it’s dangerous … But let me just tell you: if there is the chance to buy back debt at a discount, if interest rates go up and bonds go down, you can buy debt—that’s what I’m talking about.”

Can the US Pay Back Its Debt in Full?

Even though Trump reiterated he would want to default or “make a deal” to restructure the debt, he is on to something. Total U.S. federal national debt is $19.3 trillion. Can it be paid back? Theoretically, yes.

Even though some people would appreciate that concept, it would nonetheless crash the economy, at least in the short term, decreasing total tax revenues and therefore making it more difficult to pay back the debt. Greece is a good example of this negative feedback loop.

In the very long run, the United States could trim its budget and allocate a small portion to reduce the debt, but paying it back in full and without severe economic effects would likely take decades. Instead, we should look at the history and trajectory of government debt and realize that the political forces keeping the government from cutting spending are just too great. So the answer in practice is no.

Again, in theory, the answer is yes. The first condition is that Treasury debt needs to trade at a discount in the market. So if the Treasury department issued a 10-year bond at the price of 100 and it is currently trading at 50, it could go to the market, buy the bonds at 50, and retire the debt at half price. Not bad.

The market doesn’t meet this condition at the moment, however. The current 10-year Treasury Note issued in February this year is trading at 98 27/32, a small discount, but not worth buying it back for.

However, if the economic situation gets worse and people lose confidence in the U.S. ability to even service its debt or inflation suddenly spirals, the price of Treasurys will indeed go down and trade at a more substantial discount.

But then there is another problem. The United States would need to have a substantial amount of cash—trillions—on hand to actually buy back the debt, which it doesn’t have. Otherwise, it wouldn’t run a deficit every year and have racked up this much debt in the first place.

So in practice, the answer is no again.

Economic commentator David Stockman, however, may have a third alternative to solve the problem, and it’s surprisingly simple:

“The world’s central banks own more than 50 percent of the publicly traded United States debt of $13.5 trillion, and not one single penny of it was purchased with real savings or anything which remotely resembles honest money. It was all scooped up when central banks hit the ‘buy’ key on their digital printing presses,” he writes on his blog. He estimates that central banks own about $7 trillion of U.S. federal and agency debt, $3.5 trillion of which is on the Fed’s balance sheet.

The United States Treasury could very well make a deal with the world’s central banks and simply tell them it won’t pay back the debt and will stop paying interest on it. And unlike private investors, central banks would not even have to take write-down or go bankrupt.

As former British chief finance regulator Adair Turner suggested, they could simply change their accounting from holding interest-bearing Treasury bonds with a defined maturity as an asset to holding a non-interest bearing asset that never matures. Since the central banks didn’t really have to do anything to procure the bonds in the first place other than printing money, this can hardly be considered a loss.

Many foreign central banks may not like this, but there is not much they can do against it if push comes to shove.

But since the liability side of their balance sheet (dollars, euros, yen, and yuan parked at the central bank by private banks) doesn’t change, the economy could keep functioning without interruption.

Publicly traded federal debt reduced by half, nobody even notices. In practice, it is that easy.