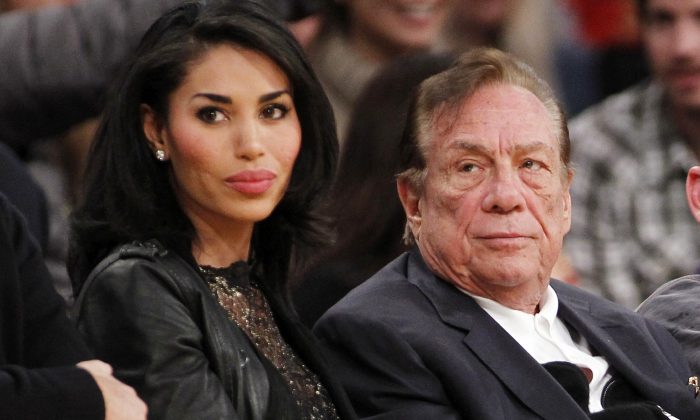 A story saying that Los Angeles Clippers owner Donald Sterling’s son was found dead is more than a year old. However, Twitter and Facebook users on Tuesday and Wednesday were sharing it.

The story from KTLA went viral after Sterling received a lifetime ban from the NBA and a $2.5 million fine for alleged racist statements that he made, which were later published by TMZ.

According to the KTLA story from January 2013, his son Scott Sterling was found dead in his Malibu apartment.

Sterling and his estranged wife, Shelly, released a statement about the death, saying that “our son Scott has fought a long and valiant battle against Type 1 Diabetes. His death is a terrible tragedy.”

On Twitter, users were sharing the story as if it were a recent development.

LOS ANGELES (AP) — V. Stiviano, the woman whom Donald Sterling was talking to when he made racist remarks, is “very saddened” by his lifetime NBA ban, and she didn’t release the recording of their conversation, her lawyer said Tuesday.

Somebody released it “for money,” but it wasn’t Stiviano, the attorney said.

“My client is devastated that this got out,” he said.

Nehoray previously said the recording posted online is a snippet of a conversation lasting roughly an hour.

In the recording, the Los Angeles Clippers owner apparently is upset with Stiviano for posting photos online of herself with Lakers Hall of Famer Magic Johnson and Dodgers outfielder Matt Kemp.

“It bothers me a lot that you want to broadcast that you’re associating with black people. Do you have to?” Sterling asks.

On Tuesday, NBA Commissioner Adam Silver condemned the remarks. He banned Sterling for life from any association with the league or his team, and Silver fined him $2.5 million.