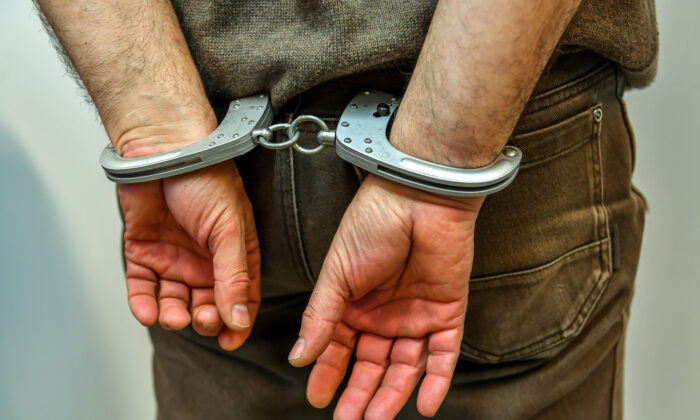 Domestic Violence Suspect Behind Bars After Weekend Standoff in Oceanside

OCEANSIDE, Calif.—A man allegedly armed in an Oceanside home with other residents—including children—was in jail Aug. 29 following a police standoff.

Oceanside Police officers responded to a call of a man armed with a knife at a residence in the 100 block of Ely Street around 10:45 a.m. on Aug. 28.

Upon police arrival, the suspect, 32-year-old Rosendo Ceballos, came out of the house and approached officers with the weapon. However, he attempted to retreat back into the home when officers “made attempts to safely detain the suspect,” said Jennifer Atenza, Oceanside Police Department public information officer.

Officers deployed bean bag rounds to divert the suspect from re-entering the home. Ceballos hid in a garage with no connection to the home, began stabbing the garage door, and “made threats to shoot officers,” Atenza said.

During this time, police removed the victims from the home.

The police department’s Negotiations Team arrived at the scene to attempt de-escalation measures. Ceballos did not cooperate, instead, he allegedly grabbed a butane torch and began making threats to set the house on fire.

A K9 unit was then deployed, but Ceballos surrendered himself before the dog made contact around 1 p.m.