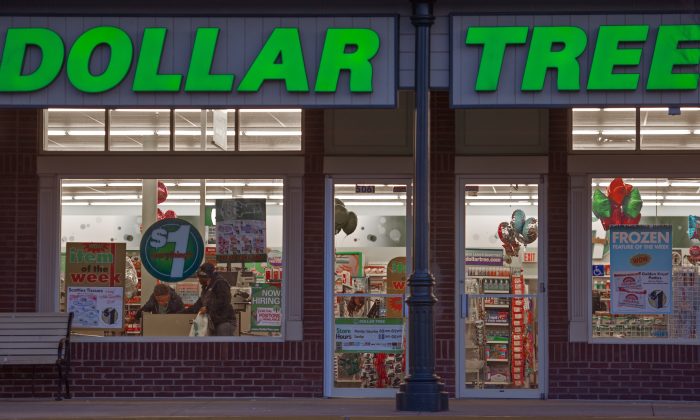 Dollar Tree announced Tuesday that it will be permanently raising prices for most of its items from the namesake $1 to $1.25 citing inflationary pressures resulting in higher merchandise cost and increasing operational expenditures.

“For 35 years, Dollar Tree has managed through inflationary periods to maintain the everything-for-one-dollar philosophy that distinguished Dollar Tree and made it one of the most successful retail concepts for three decades.

“However, as detailed in its September announcement, the Company believes this is the appropriate time to shift away from the constraints of the $1.00 price point in order to continue offering extreme value to customers. This decision is permanent and is not a reaction to short-term or transitory market conditions,” stated Randy Guiler, Vice President of Investor Relations in the company’s third-quarter earnings report.

Dollar Tree said that the new pricing enables it to reintroduce many customer favorites that were previously discontinued due to the constraints of the $1.00 price point. Besides, selling at $1.25 will allow the company to return to its historical gross margin range of 35 to 36 percent by mitigating costs such as that of products, transportation, distribution, and operations.

“Our Dollar Tree pricing tests have demonstrated broad consumer acceptance of the new price point and excitement about the additional offerings and extreme value we will be able to provide,” stated Michael Witynski, President and CEO in the report.

Two years earlier, an activist investor group had taken a stake in Dollar Tree and wanted to make the price increases, after which, the company management decided to test out different prices.

Dollar Tree tested out different pricing like $1.25, $1.50, and higher price points like $3 and $5. Based on customer feedback, the higher prices were seen “positively” while the $1.25 and $1.50 produced “overwhelmingly positive” results.

According to a survey conducted by the company, 91 percent of customers indicated they would shop at the store with the same or increased frequency. The price increase has been in the works since late summer 2021. The rollout of the new pricing strategy is expected to be completed in all 15,966 stores across the United States and Canada by the end of the first fiscal quarter of 2022.

Dollar Tree was considered one of the last true “dollar stores” after several competitors folded or simply raised prices. At $1.25, “it’s still going to be an undeniable value because of what they’re seeing out in the marketplace,” Witynski said on a call with industry analysts. “And they know that Dollar Tree hasn’t raised its price in 35 years, so they’re giving us credit.”

Based out of Chesapeake, Virginia, the $30 billion dollar behemoth is known for selling everything from make-up and home decor to seasonal goods and party items. While Family Dollar, owned by the company, caters mostly to low-income customers in the cities, Dollar Tree has more suburban, middle-income shoppers.

Supply chain crisis, ballooning inflation, expensive raw materials combined with a tight labor market has shaved off profits from most companies in corporate America. Dollar Tree has said that freight costs were significantly higher than expected in the third quarter, and will continue into the fourth quarter as well.