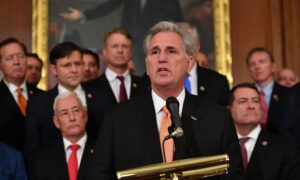 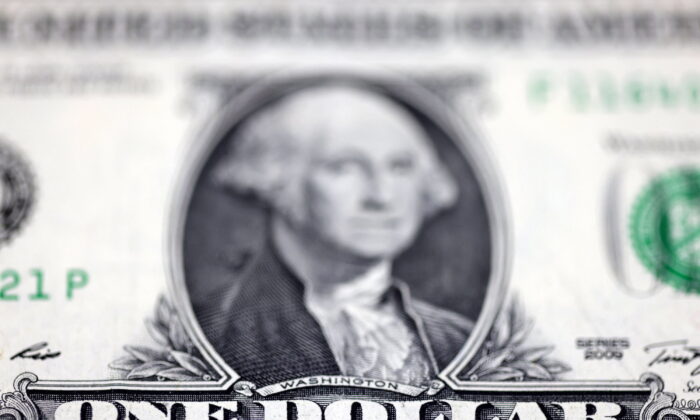 LONDON—The U.S. dollar held onto losses on Thursday after the minutes from the Federal Reserve’s November meeting supported the view that the central bank would downshift and raise rates in smaller steps from its December meeting.

The eagerly awaited readout of the Nov. 1–2 meeting showed officials were largely satisfied they could now move in smaller steps, with a 50 basis point rate rise likely next month after four consecutive 75 basis point increases.

“The Fed will be happy to move rates by 50 basis points in December and 25 basis points from the first meeting next year,” said Niels Christensen, chief analyst at Nordea, noting that the Fed will still feel it needs to do more to bring inflation down.

“As long as the Fed see a stronger labour market, they don’t have a big concern about tightening,” Christensen said.

The dollar index, which measures the greenback against six major peers, was down 0.1 percent at 105.82, after sliding 1.1 percent on Wednesday.

The Fed has taken interest rates to levels not seen since 2008 but slightly cooler-than-expected U.S. consumer price data has stoked expectations of a more moderate pace of hikes.

Those hopes have seen the dollar index slide 5.1 percent in November, putting it on track for its worst monthly performance in 12 years.

“There are not that many dollar buyers around these days after the correction higher in euro-dollar in the first half of November,” Nordea’s Christensen added.

The euro held onto gains after the account of the European Central Bank’s October meeting showed policymakers feared that inflation may be getting entrenched, justifying their outlook for further rate hikes.

The euro was last up 0.1 percent at $1.0408, while sterling was trading at $1.21225, up 0.6 percent on the day. The pound rallied 1.4 percent on Wednesday after preliminary British economic activity data beat expectations, although it still showed that a contraction was under way.

The euro was little changed against the Swedish krone after Sweden’s Riksbank raised rates by 75 basis points, in line with expectations in a Reuters poll.

The yuan firmed. In China, rising coronavirus cases have led cities nationwide to impose more curbs, increasing investor worries about the economy and putting a lid on risk appetite. China reported a record number of infections on Thursday.

Meanwhile, billionaire investor Bill Ackman said he’s betting the Hong Kong dollar will fall and that its peg to the U.S. dollar could break.

Since May, the Hong Kong dollar has been pinned near the weaker end of its band, although it has lifted a bit in recent weeks as markets start to price a peak in U.S. rates. It was last at 7.8082 per dollar.

The Japanese yen was one of the strongest gainers among major currencies against the dollar, climbing 1 percent to 138.10.

U.S. markets will be closed on Thursday for Thanksgiving and liquidity will likely be thinner than usual.