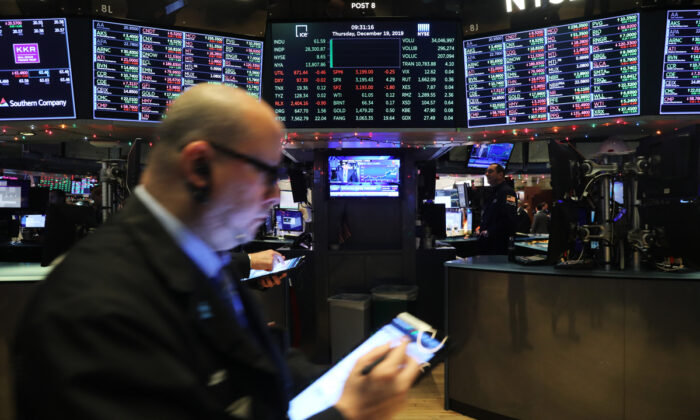 The U.S. jobless rate held steady at near a 50-year low of 3.5 percent and nonfarm payrolls increased by 145,000 jobs, above the 100,000 mark needed to keep up with population growth, the monthly Labor Department employment report said.

The yield on U.S. government debt fell, pushing prices up, as the pace of hiring remained strong enough and the unemployment rate low enough to keep on track the longest U.S. economic expansion in history.

The soft U.S. payrolls number, following a batch of strong economic figures, was unlikely to sway the Fed from its current neutral stance on rates, analysts said.

“The economy continues to grow and there’s an absence of inflation pressure, and that’s positive for stocks and bonds,” said Joseph LaVorgna, chief economist for the Americas at French bank Natixis in New York.

“There was no way this type of report was going to get the market nervous about recession risks or inflation. It’s a win for both the stock and bond market.”

MSCI’s gauge of stocks across the globe gained 0.28 percent to a record, while the three main indexes on Wall Street also set fresh highs for the second day in a row.

On Wall Street, the Dow Jones Industrial Average crossed the 29,000 mark for the first time, helped by gains in technology and healthcare stocks.

Technology shares, the market leader of the past decade, were poised for the sharpest gains this week among the 11 main S&P sectors. Investors welcomed the news that sales of Apple’s iPhones in China in December jumped more than 18 percent on the year.

The U.S. dollar rose to two-week highs on Friday, on track for its biggest weekly gain in two months, as easing tensions between the United States and Iran helped boost risk appetite.

MSCI’s emerging market currency index, although little changed on Friday, hit 1-1/2-year highs on Thursday in what is likely to be its sixth straight week of gains. It has also benefited from three U.S. rate cuts last year.

Brent oil futures fell below $65 a barrel as Middle East tensions eased and investors focused on rising U.S. crude inventories and other signs of ample supply.

Brent crude, the global benchmark, slid 42 cents to $64.95 a barrel and was heading for its first weekly decline in six weeks. West Texas Intermediate crude slipped 44 cents to $59.12.