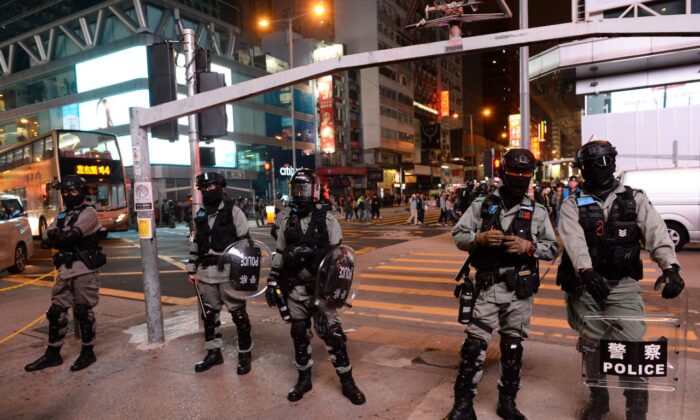 A man filed a claim to the District Court for being violated and tortured by Hong Kong police. He claimed compensation of HK$1.6 million (US$203,840) from the Hong Kong Police Force Commissioner. The Hong Kong Department of Justice (DOJ) questioned whether he does not like Hong Kong police.

Siu Che-hung, about 50, is a self-employed transporter with a monthly income of about HK$30,000 (US$3,800). Siu claimed that he was unexpectedly beaten by a group of police in black at the junction of Nathan Road and Mongkok Road while delivering furniture one night in August 2019, during the anti-extradition movement.

After the attack, he was dragged and dumped at the side road; he was fortunate to be sent to hospital by a passer-by.

Siu claimed his left ankle was badly injured and failed to resume his business service for half a year, resulting in a loss of HK$165,000 (US$21,000) income.

The trial of the case began in the District Court on July 21. He didn’t hire a lawyer but represented himself.

The representative from the DOJ questioned Siu for not telling the medical staff about his previous fracture in his left foot and injuries to his head and hand. Siu said he had explained that he had sprained his left foot.

He was also suspected of exaggerating the injury because he insisted on complaining about the police before seeking medical treatment. Siu denied the exaggeration.

Siu claimed there had been numerous cases of riots by Hong Kong police since Autumn 2014. He said he was attacked by three to four police in black and wearing masks because no protesters were seen that day.

The DOJ representative questioned Siu for being biased against the police and asked him: “You do not like Hong Kong police, don’t you?”