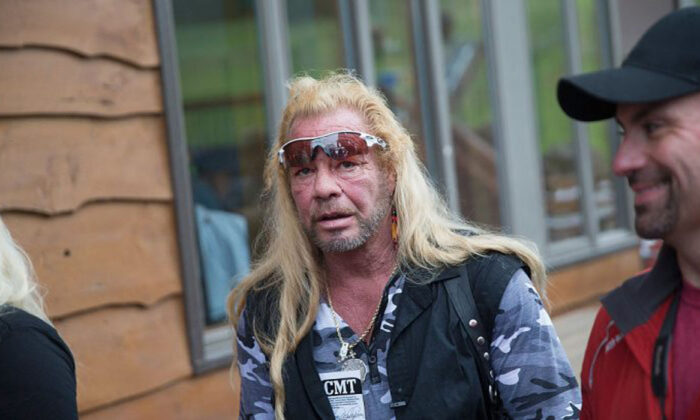 According to the publication, the 66-year-old Dog The Bounty Hunter star has a supporting role in the new film, which also stars Wesley Truman Daniel, Ann Sonneville, and Mickey O’Sullivan, and is directed by Justin Jackola.

The film tells the story of a recent widower who reunited with old friends from church to film a hunting show in the woods. However, things soon turn scary for him when he’s met by a supernatural presence that forces him to confront his faith.

Director Jakola has praised Chapman for his upcoming role, previously telling Deadline: “We’re thrilled to have Dog on board. He brings a level of understanding and compassion to the film no one else could match.”

Jakola also gave fans a hint of what to expect, adding: “This isn’t your grandfather’s faith-based film. Our goal is to break the mold and hopefully inspire more fresh and innovative content.”

The movie, produced by JJack Productions and financed by Chicago Media Angels, began filming last year, however, a release date is yet to be announced.

It comes after a tough few years for Chapman who in June lost his wife Elizabeth, also known as Beth, at the age of 51 following a two-year battle with cancer.

The couple were married in 2006 after 16 years together and were known for their rock-steady relationship, with Beth leaning on her husband for support amid her difficult health battle.

They also starred together in A&E’s “Dog the Bounty Hunter” from 2004-2012 and “Dog and Beth: On the Hunt” from 2013-2015, tracking down and arresting fugitives who had broken the terms of their bail agreements.

Beth was first diagnosed with stage 2 throat cancer in 2017 but announced she was clear of the disease in November that same year after reportedly undergoing 12 hours of surgery to remove a tumor.

However, in 2018 the family attorney, Andrew Brettler, told Fox News that the cancer had aggressively returned, adding: “It’s serious and her doctors are evaluating her treatment options.”

Despite the devastating diagnosis, Beth continued to film alongside her husband and spoke openly with the public about her battle with the disease.

She eventually passed away on June. 26 this year, with Chapman announcing the news on Twitter, writing: “It’s 5:32 in Hawaii, this is the time she would wake up to go hike Koko Head mountain. Only today, she hiked the stairway to heaven. We all love you, Beth. See you on the other side.”

Meanwhile, Chapman himself has himself been plagued with health woes, and was rushed to a Colorado hospital in September after suffering from chest pains and difficulty breathing, sparking concerns that he may have suffered a heart attack.

It was later determined that high blood pressure and stress had contributed to the pains and he was later released from hospital, however, the experience reportedly prompted the heavy-smoker to make some drastic diet and lifestyle changes.