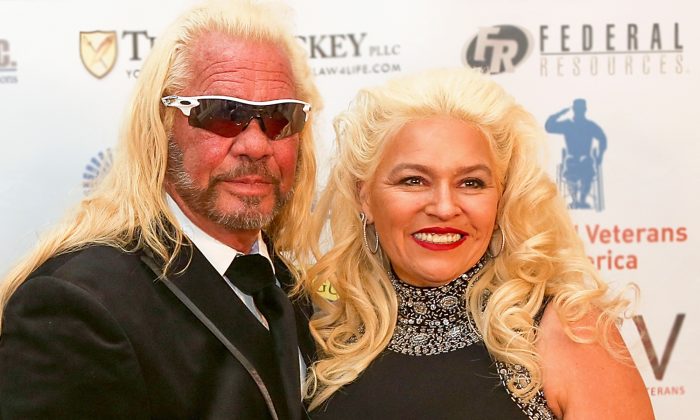 Lyssa Chapman, the daughter of Duane “Dog the Bounty Hunter” Chapman, revealed her father is “on the mend” after he was hospitalized.

Reports said that he was taken to a Colorado hospital for a heart emergency, but it’s not clear what the health issue actually was.

“Dad is on the mend so I got to run out for a fun hike today,” she wrote on Instagram. “I forgot my shoes in Hawaii so I wore of pair of [Beth Chapman’s] up. She would have loved this #HikeColorado #theincline #manitousprings #missingbae.”

According to TMZ, in a later report, Chapman, 66, didn’t suffer a heart attack but had high blood pressure and stress. Citing unnamed sources, the report said that he didn’t have a heart attack. He was later released from the hospital.

“Dog is back at home and resting comfortably. He is overwhelmed by the support of fans and friends from around the world, and is deeply touched by the outpouring of prayers, love, and encouragement,” a representative for Chapman told The Blast. On Twitter, his personal account issued a similar statement.

His wife, Beth, died in late June following a yearslong battle with cancer.