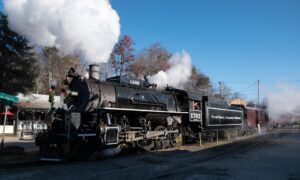 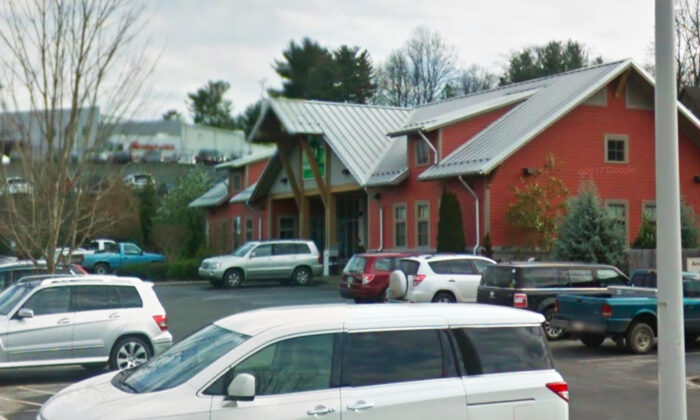 It’s a critical problem for animal shelters everywhere that their capacity is usually full to bursting. While the adorable kittens and playful puppies attract lots of attention from potential adoptive families, the longer pets stay on, the less likely they are to be adopted. For senior animals who have been homeless or shelter-bound most of their lives, finding a forever home becomes very unlikely, while an untimely end is often the outcome.

So when a woman walked into the Asheville Humane Society in July 2019 and asked, “Which two dogs have been here the longest, with the most special needs?” the staff almost couldn’t believe their good fortune. As the AHS wrote on their Facebook page, it was “the kind of day that every person who works in an animal shelter dreams about!”

The AHS managed to video the handover on camera in a moving video that had the good Samaritan, identified only as Leslie, and the rest of the shelter staff in tears. “It is so important to adopt the older pets,” Leslie said, getting choked up after she loaded Sam and Brutus into her car. Sam had had lots of medical issues and was returned to the shelter after a failed adoption. As for Brutus, he is over 13 years old and suffers from severe separation anxiety.

They had been in the shelter for a combined total of eleven months, making it very unlikely that they would find forever homes. That’s why Leslie’s offer made such a big difference. As AHS explained, “Leslie has a three story house and two acres of fenced-in yard where Sam and Brutus will spend their golden years.”

For Leslie, it was a question of helping out in whatever way she could for these helpless animals. “I’m glad to give them a home for the last couple years of their life, because they give so much love back.” This was particularly important for the anxious Brutus, who has a deep fear of abandonment. “Leslie assured Brutus especially, who panics when left behind, that he would never spend another moment alone ever again.”

This act of kindness toward senior animals definitely wasn’t Leslie’s first. In fact, she has such a track record of adopting pets from in their golden age that she had some pushback from her family about Sam and Brutus. “You have to understand it’s hard for my girls,” she explained to AHS. “We just lost seven older pets that we adopted and my children said, ‘I don’t want another pet. I don’t want to go through loss again.’”

But Leslie wanted them to understand that her adoptions weren’t just about the family’s needs; they were about the desperate need of these older animals to find a home. She told her kids, “We gave them the best years of their life and it leaves room for somebody else who needs us more right now.” As if taking Brutus and Sam weren’t enough, Leslie told the Humane Society that she would be coming back for two other older pets she spotted in the shelter.

The adoption was rewarding but difficult for the shelter, since the employees had gotten to know Sam and Brutus so well in their long stints at the AHS. Leslie shared in a Facebook post, “There wasn’t a dry eye in sight as staff, board members and volunteers gathered to say a bittersweet goodbye to two of our favorite furry friends!”

The shelter was able to post some pictures that showed Sam and Brutus settling well into their new house and yard. The video clearly touched lots of people on the internet, as it received over half a million views and was shared over 2,700 times.

While the kindness of people like Leslie is crucial to solving the problem of America’s large unadopted pet population, other programs like “Seniors for Seniors,” which was developed by the organization PAWS to help senior humans rediscover the joys of having a cat or dog in their lives, are also doing their part.

The program, which operates in Washington State, “places senior cats and dogs (typically over 9 years of age) with senior citizens who are 60 years of age or older.” By giving older animals a good home, the program also give seniors a chance to stay active and engaged. With programs like this and Humane Societies around the country offering free or discounted adoption on older pets, there’s hope yet that these more experienced animals will find happiness in their final years.