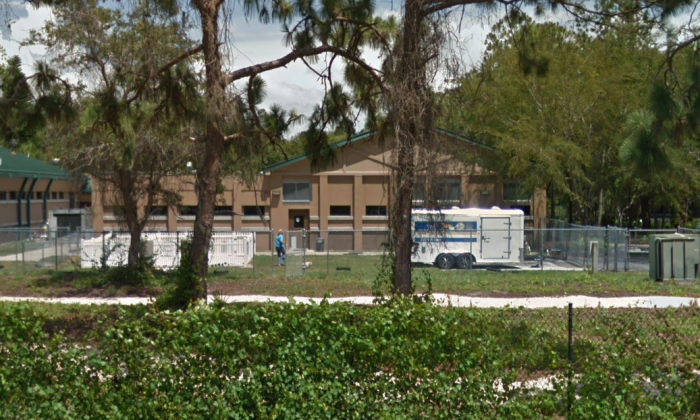 A pet dog is on the slow road to recovery after being severely burned by human hair dye from its owner in Largo, Florida.

According to Pinellas County Animal Services, the five-pound Maltese mix breed named Violet suffered the burns due to the toxic chemicals from the dye.

The department posted photos of the dog on Tuesday, Jan, 23. Injuries included swollen shut eyes, limp limbs, and severe burns to the skin.

“Violet’s eyes were swollen shut, she was limp and listless, she had obvious burns to her skin – we gave fluids, pain meds and we gently washed as much of the chemical dye off as we could, we bandaged her up,” a post on Facebook stated. “Then we waited – Violet went home with our veterinarian and we waited. And she came in the next morning and we were amazed that she had made it through the night. But still we waited. She wasn’t out of the woods but she was alert and freely offering kisses.”

Violet’s recovery appeared to be progressing healthily. Three months later after a range of treatments, the dog started to show positive signs.

According to ABC affiliate WPBF, it’s unclear yet if the owner who used the dye on Violet will be facing any charges.

“Violet began to tell us what to do – it started with a little noise; not really a bark, not really a cry. But then she found her voice and she never, ever, EVER stopped,” the post stated. “She began to walk the halls, visiting each office requesting treats or hugs or gentle pats, always in the lead with our veterinarian in tow. It was clear – Violet was on the mend and she wanted everyone to know it.”

The post has gained wide attention on Facebook, reaching over 3,500 shares as of the time of this publication.

In a final warning, the department urged pet owners to “only use products specifically meant for pets or you could be putting your pet’s life on the line.”

It’s not clear if the dog will be up for adoption or not.