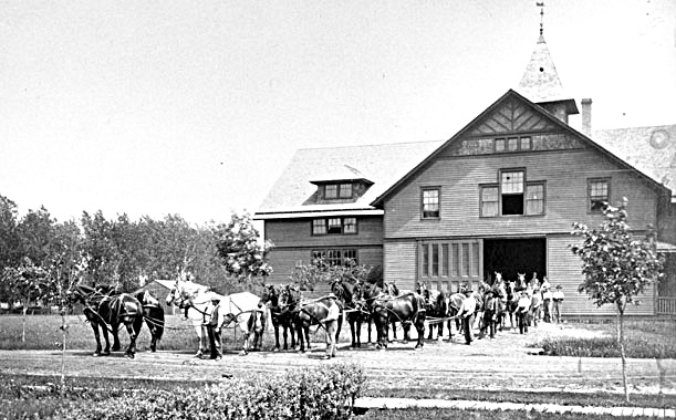 Does Funding Influence the Results of Science?

Policy decisions rely on research, but sometimes that research relies on funding from companies and interest groups

The words “studies show” and “scientists say” are used to explain the rationale behind all kinds of decisions. Policymakers use them. Activists use them. They run through the minds of shoppers choosing organic products and mothers deciding whether tap water is safe for their children to drink.

But some studies are funded by organizations that stand to benefit from a particular result. And there are many ways that study conclusions can be made to lean the most profitable way. Researchers’ choices in interpreting and presenting data can wittingly or unwittingly skew results.

A truly informed public needs to be aware that there’s more to science than just the conclusion presented in a headline.

Knowing of a potential conflict of interest (COI) is important in determining whether a study may be biased, said Tim Schwab, a researcher at Food and Water Watch. Yet it isn’t always that easy.

Non-disclosure is a common occurrence, according to a study led by Johan Diels at the Biotechnology College of the Portuguese Catholic University that compared industry-funded and non-industry-funded studies on genetically modified organisms (GMOs).

Out of 44 studies determined to have a financial or professional conflicts of interest, 43 produced results favorable to the sponsor.

Out of 94 studies examined, funding was not declared in 49. In 41 of the studies, at least one of the authors had industry ties.

Out of 44 studies determined to have financial or professional COIs, 43 produced results favorable to the sponsor.

On Dec. 15, researchers at the Institut Sophia Agrobiotech in France published a follow-up study examining 672 articles on GMOs: “We found that, compared to the absence of COI, the presence of a COI was associated with a 50 percent higher frequency of outcomes favorable to the interests of the GM crop company.”

The researchers noted that the only other study on COI in GMO studies that exists aside from the two previously mentioned is one that itself had a COI. Its author, Miguel Angel Sànchez, works for ChileBio, which is funded by companies that develop GMOs. That study had concluded that COIs were not a major issue in GMO studies.

Siegel has done a lot of research funded by the government’s National Science Foundation and the environmental organization Sierra Club. But his name made headlines in 2010 for a study funded by Chesapeake Energy Corp.

The study declared that natural processes, not fracking, were primarily responsible for the contamination of domestic water wells in northeastern Pennsylvania. The journal, Environmental Science and Technology, later published a correction for not having disclosed that Chesapeake paid Siegel.

Siegel admitted that his failure to disclose this funding was an oversight. But, he said, the funding was so minimal he did not consider it relevant. Chesapeake only paid him the equivalent of a month’s summer salary for a professor.

He said he was never pressured by Chesapeake to come up with favorable results.

Chesapeake gave Siegel unprecedented access to samples from water wells near its operations. That cooperation is one of the benefits of working with industry, he said.

“It took a little while to earn Chesapeake’s trust,” he said. Siegel explained that the company had reason to fear researchers who may want to dig up dirt against it.

For example, Duke University asked Siegel for the samples he got from Chesapeake. Siegel and others have accused Duke scientists of having a bias against fracking.

“There’s not a snowball’s chance in hell I was going to give them the samples,” Siegel said. “I support the overall philosophy of those who oppose oil and gas, but I don’t support their methods.”

He also sees industry relationships with academia as a good way for students to make connections and get jobs when they graduate.

Walking through the Iowa State University’s Monsanto Student Services Wing or the University of Missouri’s Monsanto Auditorium, it is clear that industry has left its mark on academia.

Schwab of Food and Water Watch obtained financing information from many of the country’s college agricultural departments, and found that in 2009, industry provided a combined $800 million in funding, compared to the U.S. Department of Agriculture’s $650 million.

“It is interesting to me that schools ‘teach ethics’ any number of places across the curriculum, but don’t stop to think (at an institutional level) about how the college or university’s own ethical choices implicitly teach students as well,” she wrote in an email.

Other Forms of Bias

Industry isn’t always the culprit. There are all kinds of other biases too, such as the so-called “white hat bias” that may be introduced when a scientist is moved by righteous indignation. There’s also publication bias, when null results—results that don’t show anything new or seemingly significant—are not published, skewing the bigger picture.

Anastasia Thanukos, a biologist and editor of the University of California–Berkeley’s online educational platform “Understanding Science,” describes how a researcher can subtly bias the selection of data used in a study.

“You can basically find excuses to rule out particular data points,” she said.

It’s also relevant to know how a study is constructed, explained Mickey Rubin, vice president of nutrition research at the National Dairy Council, via email: “Two studies on the environmental footprint of a food may have drastically different results depending on how each researcher defines environmental footprint and the variables associated with a footprint.”

The public needs to have confidence that its regulators are really using the best independent science to make policy decisions.
— Tim Schwab, researcher, Food and Water Watch

For example, Robert Galbraith, a senior analyst at the nonprofit Public Accountability Initiative, reviewed a list of studies presented at a meeting in Allegheny County, Pennsylvania, held to consider leasing out mineral rights in a county park. “Names of studies were put on a list and thrown in front of the county government,” he said. It was “sloppily and shoddily put together. Very few studies were peer reviewed; some weren’t even studies, but just PowerPoint presentations put together by lobbyists.”

Thanukos says many policymakers can tell the difference between good studies and biased studies. “The problem comes when you have policymakers and leaders … who pick and choose the results that they like and support the agenda they’re interested in.”

Despite the many ways science can go wrong, there may be counterbalances too.

“Science has mechanisms in place to correct these [biases], but it takes time to correct,” Thanukos said. “When a biased study makes it into the literature, into the public sphere, it takes a while for other scientists to follow up on that and untangle it.”