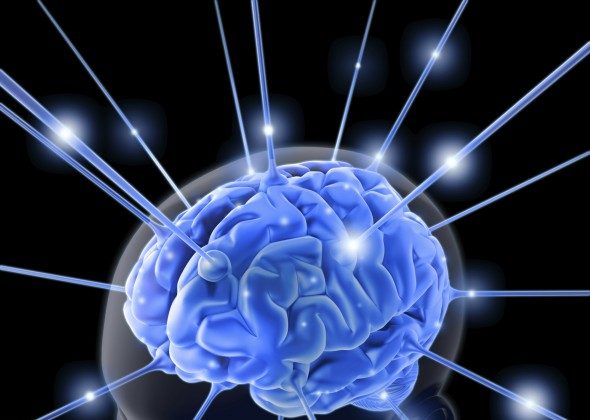 Though some psychologists and natural scientists remain skeptical, many agree telepathic abilities and related phenomena exist.

Chris Carter, an Oxford University-educated author of “Science and Psychic Phenomena: The Fall of the House of Skeptics,” cited two surveys in an article he published in Epoch Times last year that show a majority of scientists believe in such abilities.

Here are some anecdotes of premonitions, some are famous cases from history, others were shared via social media.

While I was employed at Tiny Julius’s pizza place, I started to feel like I was about to die. Just an absolute feeling of death. [I] asked my boss to leave, and did. I felt fine once I got to my car and got home.

We got robbed later that day, at gunpoint, by the other manager.

My son (3 at the time) threw a huge tantrum when we were trying to leave the house because he ‘didn’t want to crash and die.’ After about 10 minutes, he just stopped and was ready to go.

As we were walking out of the house there was a very bad accident on the street in front of our house—right where we would have been driving if he hadn’t thrown his fit.

A little girl named Eryl Mai Jones foretold her own death and those of her classmates in Aberfan, Wales, in October 1966.

She told her mother she wasn’t afraid to die, because “I shall be with Peter and June,” as the Daily Mail recounts. Days later, on October 20, she described a dream she had in which a black substance covered her school and no one was at the school.

The next day, on Oct. 21, 1966, coal waste broke loose and covered the school, killing more than 100 children. Jones, 10, died and was buried next to her classmates Peter and June.

Harriet Tubman, famous for leading hundreds of slaves to freedom in the 19th century, was said to have visions that successfully guided her away from danger. She would see herself and the others running into trouble at certain points along the way and would avoid those routes.

(H. B. Lindsley/Library of Congress)

5. An Autistic Child With Foresight

I was working with an autistic child who used to speak of himself in the third person. I was bathing him and he began to excitedly say, “His mom is coming, his mom is coming.”

I figured she told him the night before so I got his things ready and then we waited for his mom to come to pick him up. When she came I told her he was excited that she was coming, to which she replied, “I didn’t tell him I was coming.”

She said once they had been driving and her son had told her to be careful of the deer while talking to him on the phone. She sort of brushed it off, but slowed down. A few minutes later, a deer ran across the road, where she probably would have hit it had she not slowed down.

The most intense dream of my life was the one in which my father died. There wasn’t any visual aspect to the dream. It was just an empty darkness. But the feeling of the dream is what made it so intense.

I felt with every fiber of my being that my father was gone. We would never speak again. So many of his dreams would never be realized, so many moments never lived out.

I was sobbing so loudly, I woke myself up. I was hysterical. I couldn’t stop shaking. I thought it was real, that he was gone. A chill ran down my spine when I heard him snoring in the other room. Then it occurred to me that it was just a dream. I was so relieved.

Abraham Lincoln was aboard the River Queen ship a few days before he was assassinated. He had a dreamthat he was in the White House and he encountered a group of mourners.

He inquired as to who had died, and a soldier responded: “The president.”

When I was a senior in high school, I had a dream about a purple $5(US) bill. It had a purple tint on the front of it and a big purple “5” in the bottom corner on the back.

I woke up from the dream chuckling to myself at how ridiculous the thought of purple money was to me. …

A few months [passed] and I’m working the register when this old woman hands me a $5 bill. I noticed a slight purple tint to the front of it and my eyes widened.

I flipped it over and lo and behold there is the large purple “5” on the back.

When I was a kid, I had a dream that I walked outside and there were dozens of people in the street pointing to a big fireball in the sky and crying. No one would tell me what had happened, and I woke up thinking that a comet had exploded.

A couple of days later the Challenger space shuttle exploded. The news footage of the explosion was exactly what I had dreamed.

[I had a] flash [vision] of a family friend that was just horrible to me.

[I saw] him float face down in water. It was a strong sensation and I tried to push it out. Then I got a second sensation of him being in a bed, depressed, and I could see a wheelchair.

It was very scary and the strongest premonition I’ve ever had that was crystal clear. It was as if it was happening in present day. I remember trying to say to my mom, “Something bad is going to happen to him.” I explained what I saw and was blown off.

Around 15 years later, he [drove] into water at the beach, didn’t know there was a sandbar and broke his neck. He almost drowned because he was paralyzed and couldn’t right himself in the water. He’s wheelchair bound.

[A premonition I had] involved a co-worker that I hadn’t seen in a while (We work at different locations in the company). I had a dream that she had hurt her foot and had to stay off of it for at least a day.

That dream happened over the weekend. On Monday, I happened to see her and I took her aside and asked if she was OK. She asked what I meant, and I told her about my dream.

She gasped and stared at me for a few seconds before telling me what had happened to her. Turns out she injured her foot when her daughter jumped on her lap; she was sitting with her foot underneath her on the edge of the seat. It bruised her foot and became swollen. She was not able to be on her feet all day Sunday.