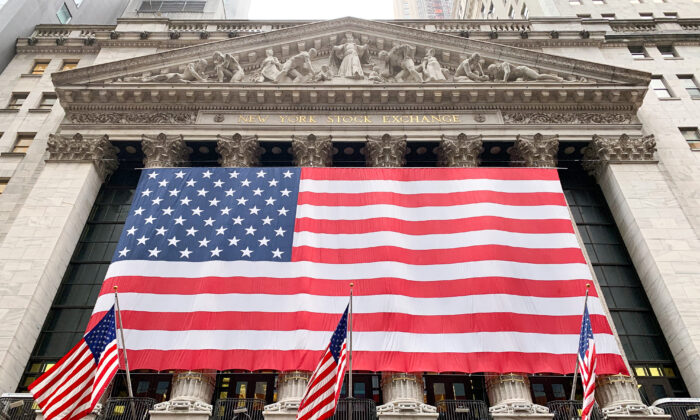 Does Collusion Between Wall Street and the CCP Fuel Chinese Trading in US?

While the Securities and Exchange Commission (SEC) has continued to signal tighter audit standards for Chinese companies listed in the United States, the Chinese Communist Party (CCP) has been meeting privately with Wall Street firms to launch wholly-owned mutual funds in the Chinese capital market. Experts believe that Wall Street will remain as a middleman between China and the United States for as long as the potential for profits exists.

On Sept. 22, the Wall Street investment firm Neuberger Berman was officially approved by the China Securities Regulatory Commission (CSRC) to become the third wholly overseas-owned mutual fund to operate in China along with BlackRock and Fidelity.

The deal was promised by the CCP during a private China–U.S. Financial Roundtable (CUFR) held online with Wall Street executives on Sept. 16. Prior to that meeting, SEC Chair Gary Gensler wrote in a Wall Street Journal op-ed on Sept. 13 that “the SEC may need to prohibit trading in about 270 China-related companies by early 2024” if the U.S. authority isn’t allowed to audit Chinese audit firms.

Gensler issued similar warnings on July 30 and Aug. 18, following the SEC’s implementation of the Holding Foreign Companies Accountable Act, which went into effect on Dec. 18, 2020. This law prohibits a company from trading its stock unless the Public Company Accounting Oversight Board (PCAOB) is enabled to oversee its audits. After three years of noncompliance, the law requires U.S. exchanges to delist that company’s stock.

Mike Sun, a U.S.-based private investment adviser, suggested that the China–U.S. Financial Roundtable was an act of collusion between Beijing and Wall Street. Capital seeks profit, especially in a free economy, and Wall Street players will inevitably act as middlemen for their own benefit, he said.

A similar observation was made by Frank Xie, a professor with the University of North Carolina School of Business. In an interview with The Epoch Times, Xie said the private roundtable wasn’t the first time that Wall Street executives and CCP regulators had allegedly colluded. Wall Street has been financially supporting the CCP for years and whitewashing it in the West, he said.

The year 2021 has marked the start of the CCP’s efforts to accelerate its approval of applications by wholly foreign-owned mutual funds. Prior to the Neuberger Berman deal, China’s CSRC granted approval to BlackRock on June 18 and to Fidelity on Aug. 6—and this is just the beginning.

This opening up is part of a trade deal made with Washington in early 2020. The CSRC website shows that several more U.S. investment firms have applications pending. Among them are VanEck, Alliance Bernstein, and Schroders. J.P. Morgan Asset Management, a subsidiary of J.P. Morgan, also received permission to increase its stake in its joint venture company to achieve a wholly-owned shareholding.

Patrick Liu, head of Neuberger Berman’s China division, said that becoming part of the first batch of foreign mutual fund firms to start a business in China is a milestone in their China business expansion. He said any global asset management firm shouldn’t overlook the tremendous opportunities presented by the Chinese market.

The 35 participants in the fifth private CUFR on Sept. 16 included top Chinese regulatory officials, such as Fang Xinghai, vice chairman of the CSRC; Yi Gang, governor of the People’s Bank of China; Guo Shuqing, chairman of China Banking and Insurance Regulatory Commission; and leaders of top Wall Street firms such as Goldman Sachs, BlackRock, Fidelity, Blackstone, and Citadel, the third-largest hedge fund on Wall Street.

Sun believes that Beijing doesn’t think that the SEC’s intensified regulation of Chinese stocks means they should be taken off the market and that the SEC is only acting in accordance with U.S. laws and regulations to protect the interests of U.S. investors. But on issues such as information security, which Beijing considers to be a threat to its national security, the CCP won’t give in easily.

Sun believes that Beijing’s message is that it’s supportive of Chinese stocks going public in the United States, but only if doing so is within its control. Based on its approval, it will decide whether to list domestically or overseas, including in Hong Kong.

Xie also believes that the big investment banks on Wall Street have been acting as lobbyists for the CCP. Some large Western accounting firms knowingly turn a blind eye to false accounting and misrepresentation by the CCP, he said.

US Tightens Regulation of Chinese Stocks

On Sept. 14, Gensler stressed, “Whether in California, the Cayman Islands, or China, all companies that seek to raise money in the deep and liquid U.S. capital markets should play by America’s rules.”

The PCAOB adopted a new framework on Sept. 22 that’ll require greater disclosure by the companies who used non-U.S. auditing firms to help the PCAOB implement the Foreign Company Accountability Act. This framework will become effective upon SEC approval.