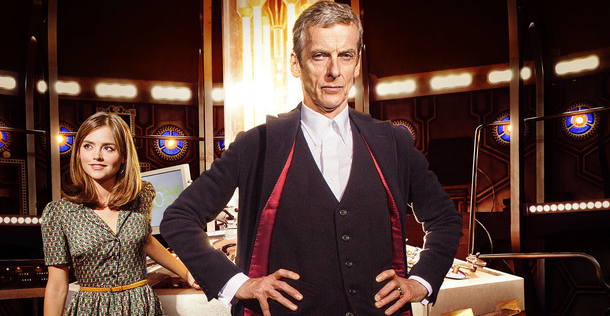 Doctor Who series 8 is slated to premiere very soon.

The air date for episode 1 is slated for August 23 in the United Kingdom. The series airs on BBC One.

The series will start airing on the same day in the United State on BBC America.

The series airs on ABC1 in Australia. The exact premiere date hasn’t been revealed yet but it will be sometime in August, meaning that if it doesn’t start on the same day it won’t be too delayed.

Executive producer and lead writer Steven Moffat has announced that season 8 will include 13 episodes, though it’s unclear if a Christmas episode will be among them.

Leading up to the August 23 premiere, Moffat, new Doctor Who Peter Capaldi, and on-screen companion Jenna Coleman are slated to visit seven cities across five continents in 12 days, where they will attend fan events and participate in a number of interviews.

The “Doctor Who World Tour” will start on August 7 in the United Kingdom in Cardiff before moving onto London, Seoul, Sydney, New York, Mexico City, and Rio de Janeiro.

“It’s fantastic that so many people across the world love Doctor Who. After 8 months solid filming deep in the world of monsters, Jenna and I are thrilled to be heading for the Planet of Fans,” Capaldi said in a statement.

“I’ve always thought we’d all be a lot safer if the Doctor conquered the world, instead of the Daleks,” Moffat added. “Now with Jenna and Peter leading the charge, it looks like it’s going to happen. I’ll be bringing up the rear to handle the exposition scenes, and maybe carry some bags.”