Will Generation Z Give Us Superheroes for the Planet?
0
Share Now
TelegramFacebookTweetEmailTellMeWeReddit
Copy Link 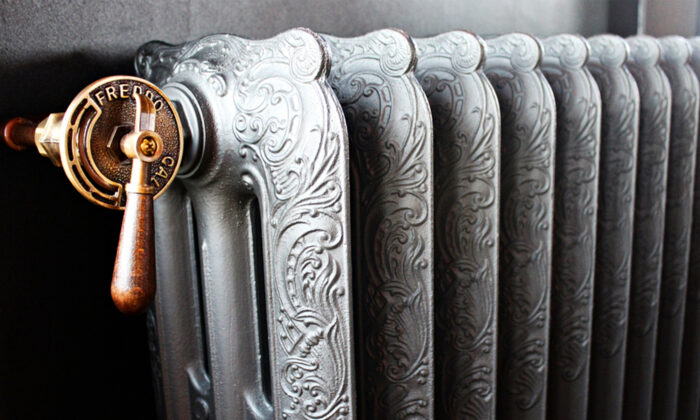 Do You Remember These Appliances That Were Part of Every House?

It’s hard to imagine how much of the houses we currently live in have changed over the years. The appliances that the kids of Generation Z are growing up with include smart refrigerators that can help create shopping lists and smart speakers that answer any question you ever wanted the answer of.

However, for people of the past generations, the things that populated the interior of their houses were completely different, including the object below. While many younger people might not recognize it, this accordion-like metal frame was crucial for comfort, especially in the Midwest and Northeastern parts of the United States from the months of October to April.

The appliance below could creak and crack, even making a noise that sounds like hammering or knocking and could give unsuspecting children a real fright.

Were you able to guess what this is?

If not, here is the answer: The object above is an old-fashioned steam radiator. At a time when most houses and apartments didn’t have ductwork, and electric space heaters hadn’t yet been invented, steam radiators became a part of the very first central heating systems.

The idea of using hot water to circulate through pipes or a frame throughout a room was pioneered in the 19th century in the United States and Russia. However, it was the American Radiator Company, founded in 1892, that popularized the durable cast-iron radiator, which became a standard household appliance across the country.

An advertisement for the company that appeared in the Baltimore Sun in 1913 extolled the virtues of this invention. “High winds cannot arrest nor chilling cold offset the ample flow of warmth from IDEAL Boilers and American Radiators.” While previous steam heating systems had been used in public buildings, these new radiators were marketed to and priced within reach of the ordinary American family.

With a central boiler that ran on coal or heating oil, families could have radiators installed in every room that replaced the wood fireplaces and cast-iron stoves that were used during the cold winters as the sole source of heat. These older devices would leave the house smoky and sooty and make it difficult to breathe in. However, these new radiators promised to keep the air clean for everyone to breathe in.

But perhaps the biggest problem with this system was the noise it produced. For someone who has never experienced them, they can be difficult to describe, but Popular Mechanics explains the sounds produced by these machines as “very aggravating sounds” as “banging, knocking, whistling, and squeaking.”

When radiators are misaligned, water can get trapped in the pipes.

During the baby boom and the growth of the suburbs, many new houses and buildings had ducts added to accommodate air conditioning along with heating in one central system. Many older buildings were eventually retrofitted to this all-in-one system and radiators then become a thing of the past for most Americans, although they are still the norm in Europe, where air conditioning remains relatively uncommon.

For those who grew up huddled next to their radiator for warmth during the chill of winter or were woken up at night by the strange sounds, their nostalgia might be tinged with a sense of relief that that creaking system in the corner of the room isn’t there anymore.