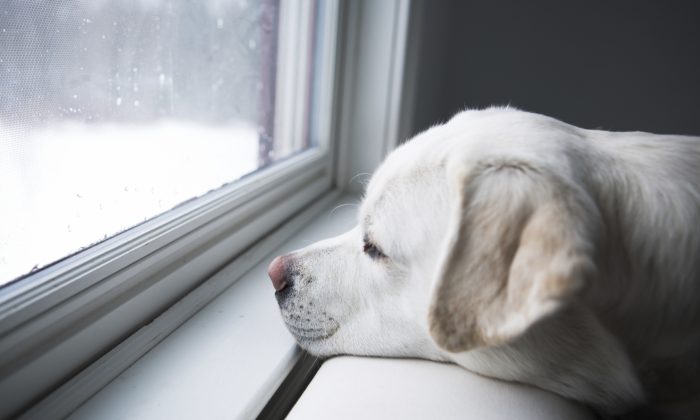 Do Animals Feel More Intensely Than We Do?

If you’re a pet owner—especially if your companion is a dog or cat—then you know, without question, that these animals have feelings. They can show surprise, jealousy, happiness (consider a dog who hasn’t seen you for awhile), affection, contentment (think of a cat purring on one’s lap), fear, agitation, annoyance (cats particularly), perhaps even guilt or shame (dogs at least).

While animals don’t have language akin to humans, with words and gestures infused with particular meanings, they can certainly gather what’s going on at a feeling level. Here’s an illustration, courtesy of Washington Post columnist Gene Weingarten, concerning his late dog Harry:

“My wife … acts in community theater. One day, she was in the house rehearsing a monologue for an upcoming audition. The lines were from Marsha Norman’s two-person play ‘Night, Mother,’ about a housewife who is attempting to talk her adult daughter out of suicide. Thelma is a weak and bewildered woman trying to change her daughter’s mind while coming to terms with her own failings as a mother and with her paralyzing fear of being left alone. Her lines are excruciating.

“My wife had to stop in mid-monologue [when she was rehearsing at home]. [Our dog] Harry was too distraught. He could understand not one word she was saying, but he figured out that [she] was as sad as he’d ever seen her. He was whimpering, pawing at her knee, licking her hand, trying as best he could to make things better.”

Weingarten concluded, “You don’t need a brain to have a heart.” Neurologically speaking, he was actually selling Harry short. The parts of the human brain that process feeling—collectively known as the limbic system—have their counterparts in other animals’ craniums and nervous systems. Neuroscientist Jaak Panksepp, widely known for his research into emotion, declares, “The evidence is now inescapable: at the basic emotional level, all mammals are remarkably similar.”

One might even argue that other mammals are more aware of feelings than human beings are, because they possess a “primary” form of consciousness: they are aware of themselves and their environment but less burdened by complexities such as reflection and rumination that typify human consciousness. They live closer to the bone, one might say, than we do.

One animal behavioralist, Jeffrey Masson, has remarked that animals possess feelings of “undiluted purity and clarity”—at least at times—compared to the “seeming opacity and inaccessibility of human feelings.”  A former psychoanalyst, he wonders if the human ego doesn’t get in the way of our experiencing feelings as directly and undistilled as other creatures do.

Masson draws attention, for instance, to some animals’ capacity to express pure, unbridled joy. Take birdsong: anyone who has awoken to hear birds twittering on a spring day catches a sense for what feeling might be present beyond any fundamental communications function or territorial pronouncement. Naturalist Joseph Wood Krutch conjectured, “Perhaps certain of the animals can be both more joyful and more utterly desolate than any man ever was.” (He also opined, “Whoever listens to a bird song and says, ‘I do not believe there is any joy in it,’ has not proved anything about birds. But he has revealed a good deal about himself.”)

With regard to the “desolation” to which Krutch referred, I clearly recall a lion my daughter and I once saw confined within a rather small chain link fence: it was pacing back and forth monotonously and with an evident degree of frustration. An animal denied the use of its natural abilities—to hunt, to soar, to climb, to dash—is almost surely forced into a pathos made worse by its inability, through language, to explain its predicament to itself.

The flip side, as Masson provocatively suggests, is that “language sets [feeling] at a distance … the very act of saying ‘I am sad’ with all the connotations that the words have, pushes the feeling away a little, perhaps making it less searing and less personal.”  For all of these reasons, he concludes that animals may well feel things more intensely than we do.

Michael Jawer has been investigating the mind–body basis of personality and health for the past 15 years. His articles and papers have appeared in Spirituality & Health, Explore: The Journal of Journal of Science and Healing, Noetic Now, and Science & Consciousness Review. Jawer has spoken before the American Psychological Association and been interviewed by multiple publications. His latest book, written with Marc Micozzi, M.D., Ph.D., is “Your Emotional Type.” Its website is www.youremotionaltype.com. His previous book is titled “The Spiritual Anatomy of Emotion,” its website is EmotionGateway.com. Jawer can be reached at mjawer@emotiongateway.com