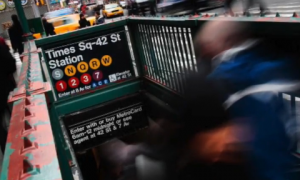 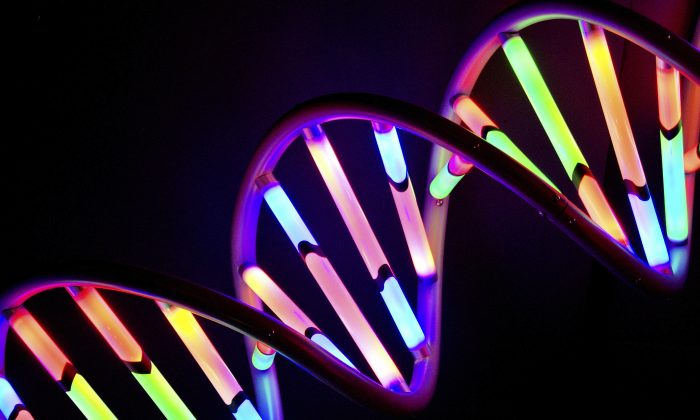 "Our next step will be to explore the many potential applications of our new biomaterial," says Yun (Kurt) Mou. "It could be incorporated into methods to deliver drugs into cells—to create targeted therapies that only bind to a certain biomarker on a certain cell type, such as cancer cells." (SigridKlop/iStock)
Science

Scientists have made synthetic structures out of DNA or protein before. Now, a team has created nanowires from a combination of the two.

The ability to custom design biological materials such as protein and DNA opens up technological possibilities that were unimaginable just a few decades ago.

For example, synthetic structures made of DNA could one day be used to deliver cancer drugs directly to tumor cells, and customized proteins could be designed to specifically attack a certain kind of virus. Combining the two molecule types into one biomaterial opens the door to numerous applications.

A paper describing the so-called hybridized, or multiple component, materials appears in Nature.

There are many advantages to multiple component materials, says first author Yun (Kurt) Mou. “If your material is made up of several different kinds of components, it can have more functionality. For example, protein is very versatile; it can be used for many things, such as protein–protein interactions or as an enzyme to speed up a reaction. And DNA is easily programmed into nanostructures of a variety of sizes and shapes.”

But how do you begin to create something like a protein–DNA nanowire—a material that no one has seen before?

Mou and his colleagues in the laboratory of Stephen Mayo, a professor of biology and chemistry, began with a computer program to design the type of protein and DNA that would work best as part of their hybrid material.

“Materials can be formed using just a trial-and-error method of combining things to see what results, but it’s better and more efficient if you can first predict what the structure is like and then design a protein to form that kind of material,” he says.

The researchers entered the properties of the protein–DNA nanowire they wanted into a computer program developed in the lab; the program then generated a sequence of amino acids (protein building blocks) and nitrogenous bases (DNA building blocks) that would produce the desired material.

However, successfully making a hybrid material is not as simple as just plugging some properties into a computer program, Mou says. Although the computer model provides a sequence, the researcher must thoroughly check the model to be sure that the sequence produced makes sense; if not, the researcher must provide the computer with information that can be used to correct the model. “So in the end, you choose the sequence that you and the computer both agree on. Then, you can physically mix the prescribed amino acids and DNA bases to form the nanowire.”

‘Two Hands Instead of One’

The resulting sequence was an artificial version of a protein–DNA coupling that occurs in nature. In the initial stage of gene expression, called transcription, a sequence of DNA is first converted into RNA. To pull in the enzyme that actually transcribes the DNA into RNA, proteins called transcription factors must first bind certain regions of the DNA sequence called protein-binding domains.

Organic ‘Computers’ Made of DNA Could Process Data Inside Our Bodies

“Essentially, it’s like giving this protein two hands instead of just one,” Mou explains. “The hand that holds the DNA is easy because it is provided by nature, but the other hand needs to be added there to hold onto another protein.”

Another unique attribute of this new protein–DNA nanowire is that it employs coassembly—meaning that the material will not form until both the protein components and the DNA components have been added to the solution. Although materials previously could be made out of DNA with protein added later, the use of coassembly to make the hybrid material was a first. This attribute is important for the material’s future use in medicine or industry, Mou says, as the two sets of components can be provided separately and then combined to make the nanowire whenever and wherever it is needed.

This finding builds on earlier work in the Mayo lab, which, in 1997, created one of the first artificial proteins, thus launching the field of computational protein design. The ability to create synthetic proteins allows researchers to develop proteins with new capabilities and functions, such as therapeutic proteins that target cancer. The creation of a coassembled protein-DNA nanowire is another milestone in this field.

“Our earlier work focused primarily on designing soluble, protein-only systems. The work reported here represents a significant expansion of our activities into the realm of nanoscale mixed biomaterials,” Mayo says.

Although the development of this new biomaterial is in the very early stages, the method, Mou says, has many promising applications that could change research and clinical practices in the future.

“Our next step will be to explore the many potential applications of our new biomaterial,” Mou says. “It could be incorporated into methods to deliver drugs into cells—to create targeted therapies that only bind to a certain biomarker on a certain cell type, such as cancer cells.

“We could also expand the idea of protein–DNA nanowires to protein–RNA nanowires that could be used for gene therapy applications. And because this material is brand-new, there are probably many more applications that we haven’t even considered yet.”