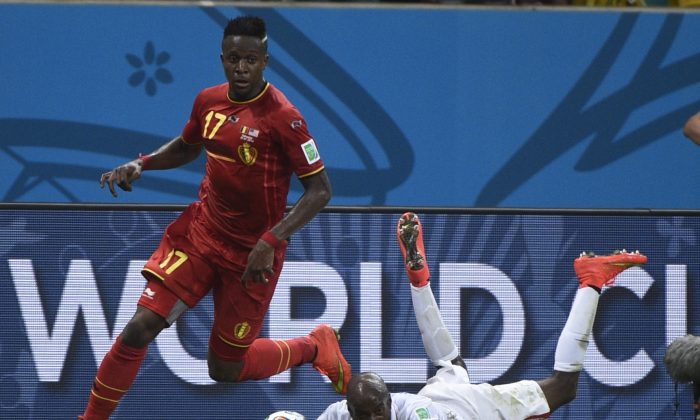 Belgium's forward Divock Origi (L) vies with US defender DaMarcus Beasley during a Round of 16 football match between Belgium and USA at Fonte Nova Arena in Salvador during the 2014 FIFA World Cup on July 1, 2014. (MARTIN BUREAU/AFP/Getty Images)
Sports

Divock Origi might belong to another club next season, but he’s staying put at Lille.

The French Ligue 1 clue are insisting that even if interested clubs Liverpool, Arsenal, and Tottenham Hotspur do buy Origi, he will have to stay with Lille for a one-year loan, Express reports.

When Diabo asked if the 19-year-old Belgium international would stay, Marc Couke, Lille’s principal sponser at Etixx said: “That is 99 percent certain, yes.”