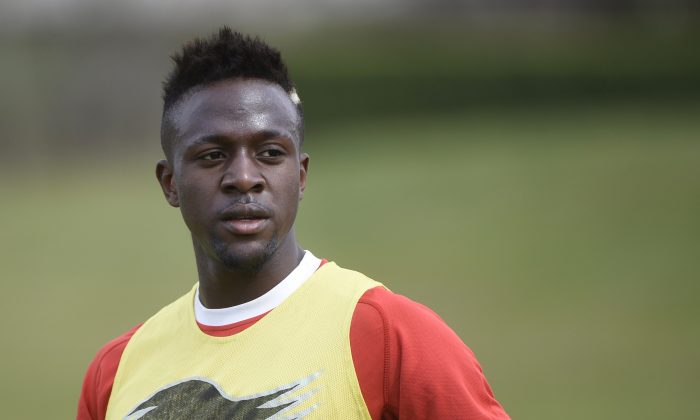 Divock Origi could be on his way to Liverpool soon.

The highly-rated 19-year-old Belgium international has been linked with Arsenal, Atletico Madrid, Tottenham Hotspur, and Liverpool over the summer, but appears to have declared his intention to join the Reds on Merseyside, the Mirror reports.

The Lille player will supposedly move to Liverpool for a fee of £12.5million.

Mike Origi, the father of Divock, has flown to the United States to meet with Liverpool officials to seal the deal.

Earlier on, Origi and his family were given a guided tour of Anfield and Melwood by Brendan Rodgers.

Rodgers also told Origi his plan for him and the club.

If Origi signs, he will be Rodgers’ sixth signing this summer.

Origi had a good outing at World Cup 2014, making three appearances and scoring a goal.

While at Lille for the 2013/2014 season, Origi made 20 appearances in all competitions, 18 as a substitute, and scored 5 goals, according to WhoScored.

As there has been no confirmation from Liverpool or Origi, news that he has chosen to play for Liverpool should be taken with a pinch of salt.