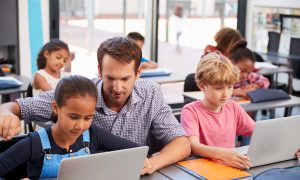 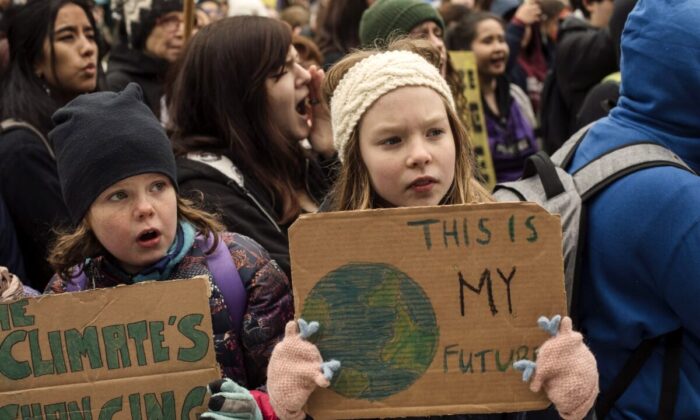 Schoolchildren take part in a "climate strike" in Edmonton on Sept. 27, 2019. (The Canadian Press/Amber Bracken)
Viewpoints

Diversity of Thought Is Important in Schools

If you visit the website of any Canadian teachers’ union, you might think that all teachers reside on the far left of the political spectrum.

For example, the British Columbia Teachers’ Federation (BCTF) is not shy about taking left-leaning stands on controversial political topics. Among other things, the BCTF supports student climate strikes, advocates for more spending on social programs, promotes unrestricted access to abortion, and opposes the construction of new oil pipelines.

Surprisingly, the BCTF doesn’t limit its political opinions and activism to Canada. It takes positions on foreign policy matters. Notably, the union “urges the Canadian government to promote a peace settlement in the Middle East, which will advance the struggle of the people of Palestine for national sovereignty and human rights.” Regardless of what one thinks about the Israel-Palestine conflict, it is far removed from the everyday lives of Canadian teachers and their students.

The BCTF also calls on the federal government to “reject a military approach to problem solving conflicts between states.” The union wants to cut military budgets and reallocate the money to social programs. One can only imagine how uncomfortable Canadian military families must feel when their children are subjected to this type of left-wing propaganda in B.C. public schools.

Sadly, the BCTF is not an outlier among Canadian teachers’ unions. Other teachers’ unions also sink significant resources into lobbying activities that make them virtually indistinguishable from the NDP or the Green Party. During election campaigns, teachers’ unions regularly run attack ads against right-leaning political parties, especially if those parties have a good chance of winning. This was certainly the case during the last provincial election in Ontario.

The left-wing activism of teachers’ unions clearly sends a loud message about the political leanings of many—perhaps most—teachers.

Fortunately, not all teachers are left-of-centre. But you wouldn’t know that if you listened to the organizations that speak on behalf of teachers. While right-of-centre teachers do exist, they are outnumbered by left-wing teachers. Otherwise, teachers’ unions would be singing a different tune.

An important reason for this imbalance is the one-sided indoctrination prospective teachers typically receive in faculties of education. Right-of-centre education professors are few and far between. The vast majority are politically left-wing.

For example, York University’s faculty of education—one of the largest faculties in the country for training teachers—has professors that teach courses in typical left-wing subjects such as “intersectionality of race, ethnicity, gender, class, and citizenship,” “feminist pedagogy,” “critical race theory,” and “educating for activism.”

Simply put, any prospective teacher who earns an education degree from York University will encounter one left-wing professor after another, with hardly any that balance this perspective with centrist or right-wing perspectives. Unless a student already has a well-entrenched political position, most of those who graduate from York’s faculty of education will graduate as political liberals.

The predictable result of this kind of indoctrination in faculties of education is that schools end up being staffed by teachers from one side of the political spectrum. While many left-wing teachers make a genuine effort to expose students to a variety of viewpoints, it’s important that students are taught by teachers who do not all share the same, narrow range of political beliefs.

Many school divisions have slogans that emphasize the importance of diversity. However, in far too many cases school divisions end up with schools that are diverse in race and gender but uniform in thought. In other words, people look different, but think the same. This is not true diversity.

The reality is that Canada is a diverse country, not only in ethnicity but also in political and ideological beliefs. Each major political party is supported by a significant number of Canadians. Classrooms are filled with students whose parents voted Conservative, Liberal, or NDP, and they should all feel welcomed at school. There should be no pressure, whether direct or indirect, on students to conform to any one political ideology.

The last thing students need is to be educated in an ideological echo chamber.