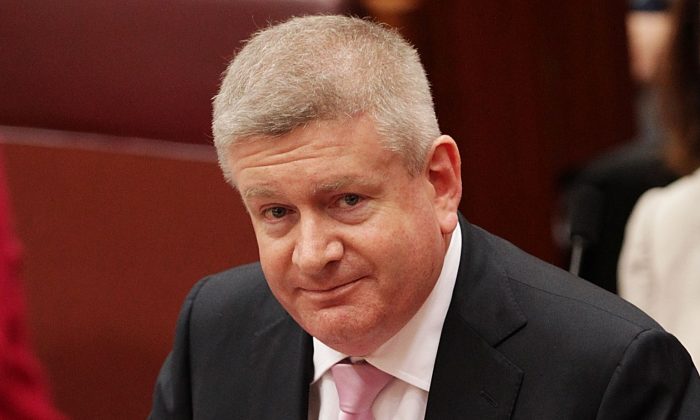 Australia is about to experience its biggest shake-up in media ownership laws for nearly 30 years.

In 1987, then-treasurer Paul Keating declared media owners could be “queens of screen or princes of print but not both.” But digital technology has obliterated that distinction, and media owners may now become emperors of everything.

Using online platforms and social media, television and radio broadcasters now publish text; newspapers now publish audio and video. Audiences—at least where the infrastructure is good—can stream and podcast anything from anywhere. Digitization mocks the rule that says a broadcast licence-holder can own only two out of three distribution platforms in any one market—when the field consisted of newspapers, radio, and television.

Similarly, the rule that a broadcaster’s audience reach is restricted to a maximum of 75 percent of the population is unenforceable when audiences can download from anywhere.

However, the underlying rationale for those rules remains valid. It is in the public interest to have a diversity of voices in the news media and some restraints on the concentration of media power.

Australia already has extremely concentrated news media ownership. This is most vividly exemplified by News Corp’s control of about 70 percent of daily newspaper circulation. This, incidentally, was the most spectacular consequence of the 1987 shake-up.

Theoretically, digital technology enables everyone with a computer, access to the Internet and the skills of basic literacy to become a publisher. A few new players have emerged as a result, most notably Crikey and The Guardian Australia, but the overwhelming majority of people who get their news online get it from the long-established media organizations—the ABC, News Corp, and Fairfax.

The reason is that even with the heavy cuts to journalists’ jobs, these organizations still have more resources, more access to newsmakers, a bigger news-making capability, and stronger reputations than most startups.

If the mooted rule changes go through, the mergers already foreshadowed by the media industry will mean less diversity—not more.

Regional news services have been cut or centralized in locations far from the communities they are meant to be serving. For example, the WIN regional television network has centralized its Victorian news operation in Wollongong, which is about as far from Mildura as Paris is from Berlin.

The National Party has raised concerns about the risk of reform to regional and rural news services. But, so far, the best it has done by way of solutions is to say the ABC should do more—with the same money. The ABC’s outgoing managing director, Mark Scott, has said he will argue for more money specifically for regional and rural news, but success here looks a long shot in the current federal budgetary environment.

The government has also been making vague noises about a quota system for local news and programming, but there has been no detail.

As matters stand, regional and rural communities look likely to be the biggest direct losers from these rule changes.

Lessons From the Past

For all that, the fact that Communications Minister Mitch Fifield has got a package of changes this far is remarkable considering the ill-fated recent history of attempts at media reform.

Fifield appears to have stared down News Corp over more access to big sporting events for Foxtel. News wanted some events removed from the anti-siphoning list, which prevents pay TV from shutting out free-to-air TV from these events, and tried to use an offer of support for the other rule changes as leverage.

However, Fifield seems to have herded enough of the other fractious media cats into the cage to get his changes through with or without News’ support. Considering that parts of the regional television industry campaigned against the changes, using an astro-turfing operation called Save Our Voices, this is no mean achievement.

Look at what happened when Malcolm Turnbull tried to get this done when he was communications minister under Tony Abbott. Abbott took one look at the scrapping mass of contending media industry interests and looked away.

And in 2013, when Julia Gillard and her Communications Minister Stephen Conroy tried to push through a program of admittedly ill-considered reforms to media accountability mechanisms, the uproar from the industry and the Rudd-Gillard leadership spill caused them to sink them without trace.

Humans of New York Isn’t Journalism, but It Helps Us Get Beyond the Headlines

Over time the media have exerted decisive influence over public policies that affect their own interests, as in 2013. However, the extent of their influence over other areas of policy is a complex and contested question.

What is unusual about this fresh wave of change is that it is about to be achieved in circumstances where the industry was not united but was persuaded that the benefits outweighed its objections.

The big perceived benefit lies in mergers and consolidations, which the industry believes will deliver better returns to shareholders. Nine Entertainment, for one, is gearing up for a major lobbying effort under the new regime, appointing former Federal Treasurer Peter Costello as chairman. One of most talked-about possible mergers is between Nine and Fairfax.

And while News Corp might not have got its way on the anti-siphoning laws, it looks like being able to merge with Network Ten.

Thus, corporate media interests stand to gain from this round of reforms, but at a cost to the public interest in diversity of voices and in news services to the bush.

Denis Muller is a senior research fellow in the Centre for Advancing Journalism at the University of Melbourne in Australia. This article was originally published on The Conversation.