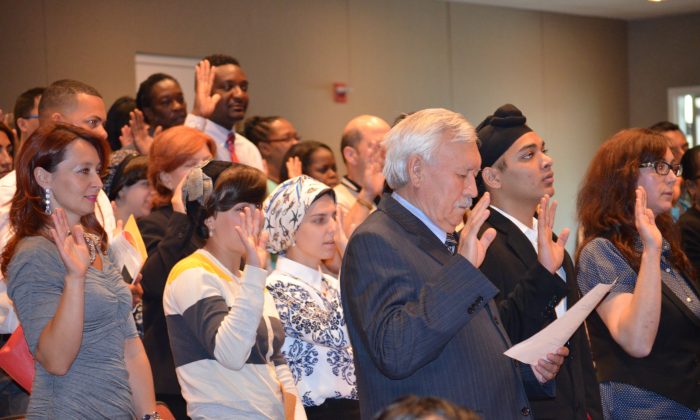 “Unfortunately, all too often, immigrants are the targets of the unscrupulous, who seek to use their unfamiliarity with American culture in an effort to steal their money or otherwise harm them,” Hoovler said.

Immigrants who are victimized will have a single point-of-contact in the county, Immigrant Affairs Coordinator Robert Conflitti, who can assist and inform immigrants about their cases.

An immigrant who has been the victim of a crime can call the Immigrant Affairs Coordinator to report the crime who will, in turn, ensure that the immigrant’s complaint is routed to the prosecution unit within the District Attorney’s Office that is most appropriate to investigate it.

Victimized immigrants may report any type of crime, including assaults, human trafficking, domestic violence, and fraud.

Immigrants and other interested people can contact the Immigrant Affairs Coordinator for general information about the handling of criminal cases in Orange County. The District Attorney’s Office, under its existing community prosecution program, is getting the word out to immigrant associations and others who are active in immigrant affairs.

The DA has also applied for membership in the Protecting Immigrant New Yorkers (PINY) Task Force, a coalition of state, local, and federal agencies working together to protect immigrants from being defrauded.

Hoovler said, “Orange County has seen an influx of immigrants in recent years, especially in the Cities of Newburgh and Middletown.”

Conflitti said it doesn’t make any difference if someone arrives legally or is an undocumented immigrant. He said, “We don’t get involved with that [immigration] section of the law.”

Conflitti said that the most common crimes against immigrants having to do with fraud often involve getting a green card. “Trafficking is also an issue,” he said. “We don’t see it but we know it’s there.”

An immigrant who has been victimized by a crime, and wishes to report it to law enforcement or needs assistance with a criminal case, can contact Conflitti at (845) 615-3640.

“We are a nation of immigrants,” Hoovler said, “and we should all respect the courage of people who leave their homelands to come to America.