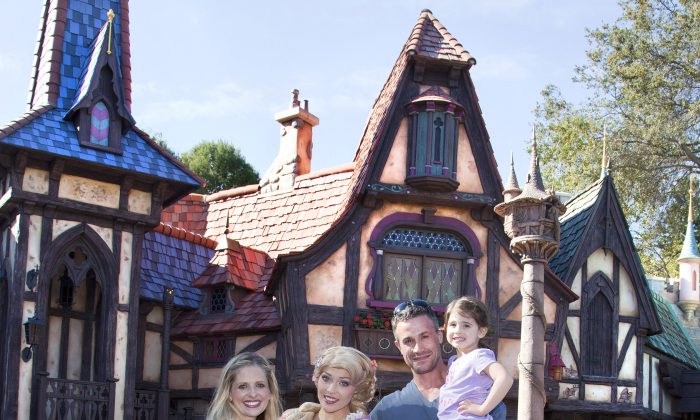 Media and entertainment giant Walt Disney Co. has many consumer-oriented business lines, and the performance of many segments can be considered a bellwether of overall economic health.

Disney (NYSE: DIS) this week announced better-than-expected fiscal second-quarter profits of $1.5 billion, a 32 percent gain from the same period a year ago.

The knockout results were mainly driven by revenues from its movie studio division, ad sales from ESPN, and increased traffic at its theme parks and resorts. The only segment, which didn’t see better year-over-year financial results is its interactive business, which includes digital and gaming properties.

Let’s look a bit closer at the performance at Disney’s parks and resorts business. Revenues at the segment were $3.3 billion, a 14 percent increase from the prior period. Operating income rose over 73 percent, to $38.3 million.

“Higher operating income at our domestic operations was primarily due to increased guest spending and attendance at both Walt Disney World Resort and Disneyland Resort, the addition of the Disney Fantasy cruise ship, which launched in March 2012, and higher occupied room nights at the Walt Disney World Resort,” Disney announced in its earnings statement.

Higher guest spending and attendance at Disney World and Disneyland is an indication that Americans are willing to spend more money on leisure, travel, and entertainment, which are key metrics evidencing the recent boost in consumer confidence and spending. Take those results in conjunction with the fact that they are from the period of Jan. 1 to March 30, and we can see that such spending will only increase in the current and following quarters, which include the prime summer travel and vacation season.

It is a wearable bracelet, which contains a computer chip. Customers wearing the device can use MyMagic+ to get into parks, hotel rooms, and make payments electronically. It is also linked to a Web-based account (as well as mobile app) for trip planning, booking, and cancellations.

Ignoring the images of collared and tagged zoo animals that immediately come to mind, the device will allow customers to plan trips ahead, bypass long lines, and enjoy faster service. Using smartphones, guests can view length of lines and other information real-time. It also allows Disney to gain valuable data on customer behavior, popularity of attractions, and track park usage.

“We have known for a really long time that getting our visitors to Walt Disney World to make decisions about where they spend their time before they leave home is a powerful driver of visits per guest,” said Disney CFO Jay Rasulo on the earnings call Tuesday. “So if we can get people to plan their vacation before they leave home, we know that we get more time with them.”

“We get a bigger share of their wallet,” he concluded.