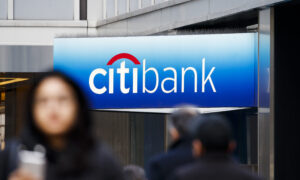 Citibank Sent a Hedge Fund $175 Million by Mistake: Now They Can't Get It Back
0
Share Now
TelegramFacebookTweetEmailTellMeWeReddit
Copy Link 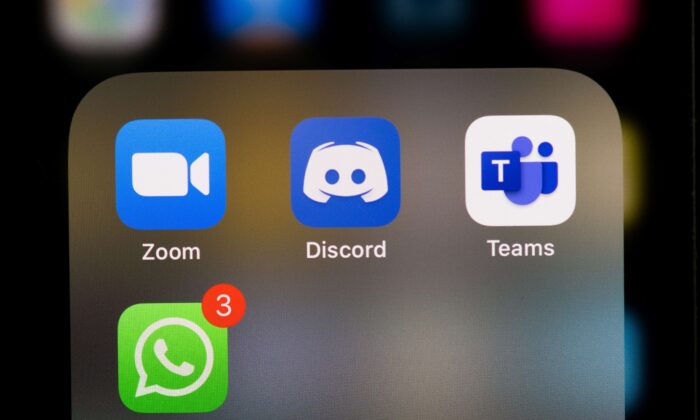 This illustration picture taken on May 27, 2020 in Paris shows the logos of the social networks applications Zoom, Discord, Teams and WhatsApp on the screen of a phone. (MARTIN BUREAU/AFP via Getty Images)
Economy

Discord Now ‘Working With’ WallStreetBets After Banning Its Chat Server

Discord said they had made the move after “repeated warnings,” saying it had nothing to do with the GameStop trading debacle that has been generating headlines over the past few days. At the time, Discord said it was also “monitoring this situation and in the event there are allegations of illegal activities, we will cooperate with authorities as appropriate.”

Now, a day later, the messaging platform said it has decided to work with and support the reddit forum, a company spokesperson told The Epoch Times via email—as long as the guidelines are being met.

“WSB members have set up a new server and we are working with them,” the spokesperson said on Thursday. “We will welcome the group back so long as they improve their moderation practices and follow our Community Guidelines.

“We have reached out to the moderators to provide them with support and advice, like we do for many of our large communities,” the spokesperson added.

After news of the group being banned from discord, Tesla CEO Elon Musk criticized the move on Twitter: “Even Discord has gone corpo …,” referring to the company “going corporate.” His Twitter post generated over 512,000 likes as of Thursday afternoon.

The new WallStreetBets Discord server has 296,000 members as of Thursday afternoon and is expanding rapidly.

A sizable group of small investors has threatened to bankrupt Wall Street hedge funds that have sought to profit from the downfall of video game retailer GameStop. The investors organized online to buy GameStop stock, forcing billions in losses on the establishment players that had bet on the company’s failure.

The exact origin of the phenomenon is hard to pinpoint but some have attributed it to an anonymous member of the Reddit forum called “r/wallstreetbets.”

On Thursday, retail stock investment app Robinhood blocked users of the app from buying stocks of companies like GameStop that were soaring in value.

“This is unacceptable. We now need to know more about @RobinhoodApp’s decision to block retail investors from purchasing stock while hedge funds are freely able to trade the stock as they see fit,” Cortez wrote on Twitter.