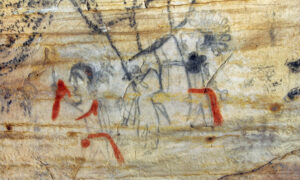 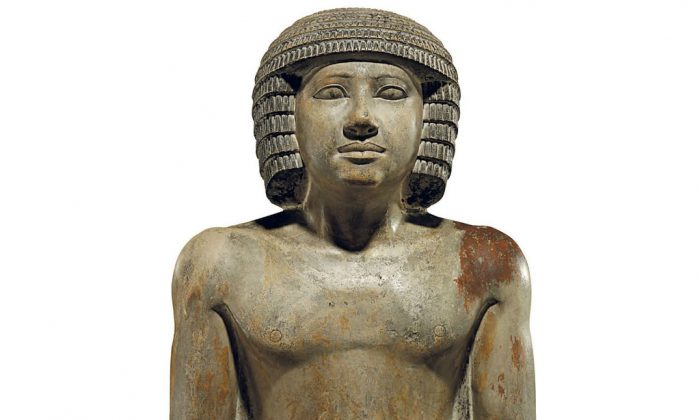 The statue of Sekhemka. (Christie's)
archaeology

Friday, July 10, we reported on the plans of Egyptian officials to stop the sale of a 4,400-year-old Egyptian statue by Northampton Museum in England at a Christie’s auction in London. Sadly, all attempts to halt the shameful sale were unsuccessful and the precious relic was sold for £16 million ($ 27.55M), setting a dangerous precedent that may see other museums follow suit in an attempt to boost their revenue.

The Council decided to auction off the historic Egyptian statue of Sekhemka in order to help pay for the £14 million expansion of the museum and art gallery. The sell-off caused outrage among town historians, Egyptologists, and many citizens of Northampton, who argued that the sale is unethical and supports the dark world of private antiquities dealing. But these views were ignored by the council, despite extensive petitioning and many heartfelt pleas.

The statue of Sekhemka was made in about 2400 BC and shows two seated figures with the clarity, seriousness and grace that makes Egyptian art so powerful. Sekhemka was a man of some importance. He is named in an inscription on the plinth of his statue as “Inspector of Scribes in the House of Largesse, one revered before the Great God”. It is thought the statue was acquired by Spencer Compton, the second Marquis of Northampton, during a trip to Egypt in 1850 – a time in which the search for antiquities in Egypt gained pace. The necropolis or burial city at Saqqara near Cairo is the site of many tombs and one of these is believed to have belong to Sekhemka.

Earlier this week, the Egyptian Antiquities Minister Mamdouh el-Damaty made a last ditch attempt to halt the auction by calling on the International Council of Museums to intervene, claiming the sale “breaches all museum ethics”. The Embassy of Egypt in London, the Museums Association, and the International Council of Museums’ Committee for Egyptology also appealed to the council to halt the sale, and Arts Council England warned Northampton Museum that they could lose their accredited status should the sale go through, but all appeals fell upon deaf ears.

Although the statue of Sekhemka was expected to go for £4–6 million, it was eventually auctioned off at nearly £16 million. The auction was interrupted by some protestors, one of whom shouted out: “You are selling antiquities stolen from Egypt!”

Renowned comic book writer Alan Moore described the sale as “catastrophic”, explaining the sale was “undercutting one of the fundamental principles by which museums acquire artifacts in their collections.” He added: “I have donated things to the museum. But I would not be able to do that again in the knowledge that at some point in the future that gifts, made in good faith, could be sold off by a council.”

It is well known that the private sale of antiquities encourages looting, smuggling and corruption, and the council’s sell-off of the priceless Egyptian treasure contributes to this dark world of dealing. Overall, the sale reflects a decline in intellectual ambition, cultural seriousness and global consciousness and councils must learn now that selling great art and historical treasures is no way to build for the future.