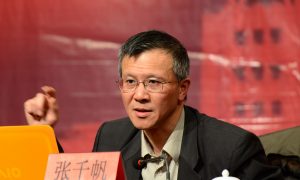 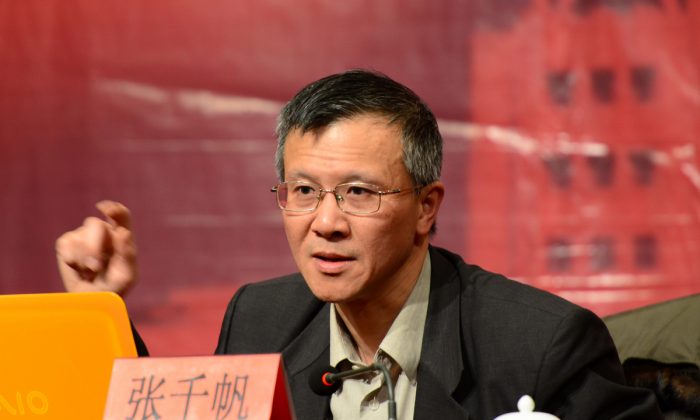 BEIJING—A constitutional law textbook written by one China’s best-known reform-minded legal scholars has been pulled from book shops, apparently the latest text to run afoul of a government campaign against “Western influence.”

The author, Zhang Qianfan, a professor at Peking University known for his advocacy of constitutionalism and judicial reform, dismissed any suggestion his writing excessively promoted Western ideas as “utter nonsense,” and said the academic world should not be politicized.

Since taking office in 2012, Chinese leader Xi Jinping has tightened the Communist Party’s control over society including the legal system and education.

While authorities have not confirmed they ordered the book withdrawn, and no reason for its disappearance has been given, it comes after the government launched a sweeping review of teaching materials.

The Ministry of Education in early January launched a nationwide check on the content of all university constitutional law textbooks, according to posts on the Jiangxi and Zhejiang Province Education Ministry websites.

Universities were told the “fact-finding” sweep was of great importance and they must accurately fill in a chart detailing titles and authors of the books they used, with “no omissions,” according to the ministry’s posts.

The campaign drew criticism from some legal academics, which was amplified by a rumor that the sweep was sparked by an accusation by a professor that certain texts were “promoting Western thinking and agitating for a Western system.”

The Education Ministry did not respond to a faxed request for comment.

China’s constitution promises freedom of speech, religion and assembly, but it is trumped in practice by legislation and regulations, and it is rarely invoked in legal cases.

The constitution has long been a focus for political reformers, who argue that its status should be elevated within the legal system.

Zhang’s book could not be found on China’s main online bookstores when searched by Reuters on Feb. 1.

Zhang, in an interview published on the WeChat social media platform, rejected any suggestion his texts promoted a “Western” system over alternatives.

“To criticize purely for the sake of it and to shut our nation off to the outside world is closed-minded thinking,” Zhang said.

“At this time, constitutional law is a ‘sensitive’ topic. As far as I can see there is basically no public discussion. It seems that everyone is scared,” he said.

Zhang’s interview disappeared soon after it was posted, to be replaced by a notice saying the content had broken “relevant laws and regulations.”

Zhang did not respond to a Reuters email seeking comment.

Many legal scholars took to social media to voice support for Zhang.

Some posted the foreword from his book, in which he stresses the importance of giving people who have suffered injustices the chance to defend themselves using the constitution.

Some voiced concern that some academics might accuse others of failing to toe the Chinese Communist Party (CCP) line.

“The worst part about this incident is that in the current environment, not only are these people not inhibited, but rather they are given a channel, or even rewards,” Zhang Taisu, an associate professor of law at Yale University in the United States, wrote on Weibo, referring to the accusers.