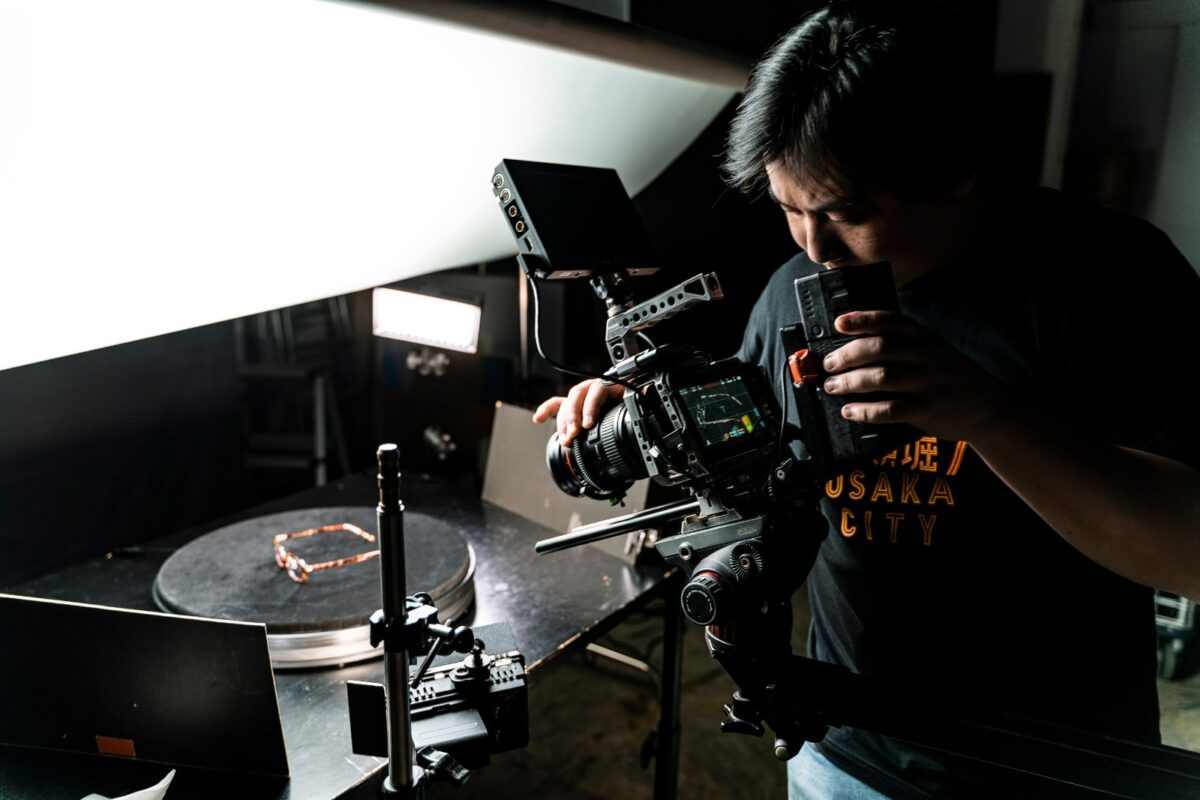 The director of 'Love in the Time of Revolution', Ngan Chi-sing, was in film production. (Courtesy of Ngan Chi-sing)
HK Current Affairs

Director Interview: ‘Love in the Time of Revolution’ Documentary, to be Screened in Melbourne

Director: The film is a love letter to Hong Kong people
BY Spring Lin TIMEJune 18, 2022 PRINT

With the theme of “Like Water We Meet Again, Don’t Lose and Don’t Forget,” the “Melbourne Hong Kong Film Festival” was opened on the third anniversary of “612.” On June 18, Ngan Chi-sing (顔志昇), director of “Love in the Time of Revolution,” talked on “Precious Dialogue (珍言真語),” that the film mainly records the stories and emotions of the “amateurs” in the anti-extradition movement, describing it as a love letter to the people of Hong Kong.

Genuine Scenes by Men in the Streets

The protagonist are all laymen, yet we shall never forget their contribution.

Ngan said that the film mainly revolves around 4 or 5 different amateurs, including middle-aged groups of the so called “Peaceful, Reasonable, Non-violent (和理非),” the “Lennon (連儂)” guardians, dating couples, and South Asian front line protesters. Each of them has their own characteristics. Even if they do not know each other at all, they all contribute to this movement wholeheartedly, under the guidance of their love of the homeland, their other halves, descendants, or even the rest of the Hong Kong people they have never met.

He hopes to show to the international community the multifaceted nature of the movement by interviewing people of different ethnicities and backgrounds. “There really are many different age groups, different races too. Each one actually has his own story. Each one represents a distinct group of people.”

It all started on June 12, 2019. A large number of Hong Kong citizens surrounded the Legislative Council to protest the second reading of the amendment bill of the “Fugitive Offenders Ordinance.” The police fired hundreds of rubber bullets and tear gas to suppress the people, which is considered to be the trigger of the anti-extradition movement. The film was released to match the third anniversary of “612”. Ngan thought it is very meaningful and very much in line with the theme of the film festival “Don’t Lose, and Don’t Forget.” In other words, “I want everyone to remember it forever and never forget it.”

On this, he continued, “Compared to those who are in the limelight, this group of ordinary people, who have made sacrifice for Hong Kong are the ‘nameless heroes,’ and deserve more attention.” He emphasized that many people in Hong Kong are still or will be subject to oppression and suffering in the aftermath. “The reason we are so fortunate to be here overseas, to a certain extent, may be, “just fortunate” or “by virtue of blessing” to be away from probably the blood, sacrifices, or even the lives of many Hong Kong people, especially the young ones.”

Ngan recalled why he decided to start filming this documentary. It was on June 9, 2019, during the march of one million Hong Kong people, even the subway station in the North Point, traditionally a “Deep Red Locale,” a synonym of being pro-government, where he was located, was also blocked with huge crowds.

At first, he was there just for making a documentary, never a movie. Suddenly something dramatic happened. It was the beginning of the campaign, so while filming on the street, he did not have any protective gear. Somehow, he was hit by a tear gas canister. “There were a lot of tear gas canisters around me, and I was drowned within the tear gas smokes. “I didn’t even think about whether I would be around in the next minute, or I might be dragged away by the riot police. Suddenly one hand, then a few, pulled me into an umbrella formation. That saved me. I thought it was really amazing at that time.

“I was there purely as a recorder. I just wanted to see: who are these young people, those on the front lines, facing the police on the streets? What, if anything, do they fear? But I didn’t think about these at that moment. I seemed to have already become one of them after their rescue; from that time on, I decided that I shall make something more worthwhile out of this work, not just a record of the scene.”

Ngan continued to talk about the difficulties of film production. Because he is not a reporter, he has never studied journalism, and he has never made documentaries.

After experiencing the episode “Siege of PolyU (理大圍城)” in November 2019, at the beginning of 2020, he found that the police strategy had changed from dispersing to rounding up. He was worried that the original footage would be a risk to the interviewees if the original footage fell into police hands, so he decided to stop going to the protest scene to shoot.

After the CCP implemented the “National Security Law” in Hong Kong in June 2020, Ngan was worried about the safety of himself and his team and decided to leave Hong Kong for the UK. He said that some of the interviewees were still in Hong Kong and asked them before the film was released if there was really no problem and if they needed to have their faces ‘checkered.’ One of the interviewees said, “Don’t worry, don’t do that for me. Do it the natural way.”

A Love Letter to Hongkongers

Ngan said that “He did not think too much about the red lines of the “National Security Law” when he was making the film. He was a creator rather than a political figure. As the film did not focus on politics, but on emotions and feelings of the protesters.” “He hopes that this documentary can bring their love and hope to the people of Hong Kong and hopefully to the worldwide audience as well.

He described the film as a love letter from the protesters to Hong Kong, to the Hong Kong people, and to those around them. The title, “Love in the Time of Revolution,” comes from the graffiti on the streets by the protesters. It is also a famous quote by Dr. Sun Yat Sen, which fits the theme of “love letter to Hongkongers.”

During the production process, he also felt the love of his family. Born in an immigrant family in mainland China, his mother once described him as a “cockroach,” a prerogative term used by the police to describe the protesters, for his support of the protest and to film there. She once suffered from depression after knowing her son was about to leave Hong Kong. He could not help crying when later his mother told him to leave Hong Kong and didn’t want him to get arrested. “She didn’t support my creation, but she supported me in general. She wanted me to succeed. Of course, this success means that I may not be able to stay in Hong Kong and go back to see her. But after all she always hopes my work to be successful.”

Ngan revealed that ” Love in the Time of Revolution” did participate in the “Visions du Reel Film Festival” in Switzerland last April, and has received screening rights inquiries from the UK, the U.S., Taiwan, and other places. He said that the film is still in the early promotion stage and needs everyone’s support. “When more people get to know it, I believe that will be the time when it meets everyone in the cinema for a wider audience.”