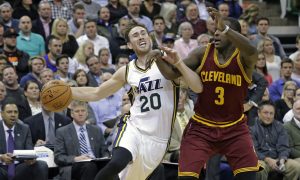 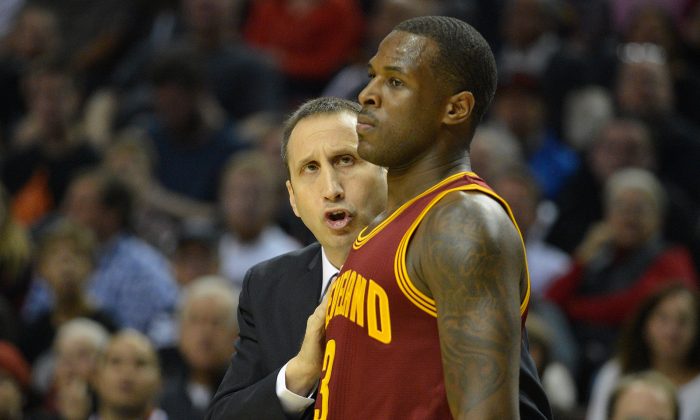 Dion Waiters was observed practicing catch-and-shoot 3-pointers after he was pulled from the starting lineup in favor of Shawn Marion.

LeBron James, Kyrie Irving, and Kevin Love all like to have the ball in their hands a lot, and many would agree that they’re all better than Waiters. The shooting guard didn’t seem to fit in well with the starting lineup and coach David Blatt wants to bring him off the bench to lead the second unit.

Waiters stirred up some controversy earlier this year when he told CSN that he should start.

“I want to start and I believe that I should at the two,” he said.

But Waiters struggles prompted Blatt to start the veteran Marion against the Utah Jazz, although the Cavs lost. Waiters was pulled from the floor in the fourth quarter against the Blazers after shooting 3-for-11.

On Tuesday, Waiters was spotted working primarily on catch-and-shoot 3-pointers for 40 minutes after the team’s morning shootaround.

But when asked about it, he told Cavs reporter Jason Lloyd, “That’s not my game. I can do it, but you know what I’m effective at: pick-and-roll and things like that.”

However, sources on the team told Lloyd that they’d like Waiters to concentrate on two areas–defending well and shooting catch-and-shoot 3-pointers. And he did well last season, making 42 percent of such attempts–higher than both Love (40 percent) and Irving (32 percent).

“Waiters is terrific at attacking the basket and he can be good at other things. But in this season of ‘sacrifice,’ of guys needing to do what’s best to help the team, the Cavs have identified two key areas where Waiters can really help them,” Lloyd wrote.

“And if he doesn’t do what they ask, he’ll sit. Consequently, he has sat for critical stretches of fourth quarters the last two games and he didn’t play at all during the overtime session against the Bulls.”