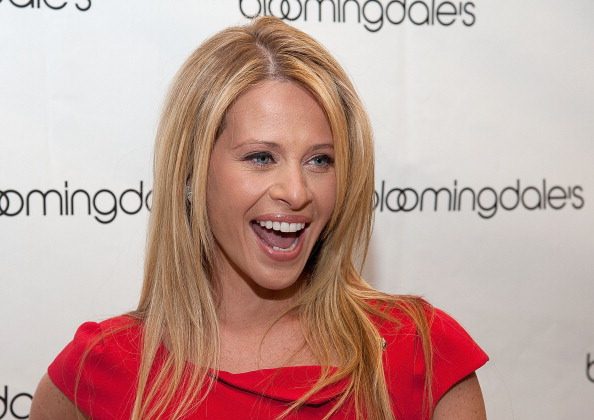 Dina Manzo attends the Project Ladybug/L.K. Bennett event at the Bloomingdale's The Shops at Riverside on May 31, 2012 in Hackensack, New Jersey. (Photo by Dave Kotinsky/Getty Images for Bloomingdale's)
Entertainment

Real Housewives of New Jersey might be without two of its stars in the near future.

A report from Rumor Fix is claiming that Dina Manzo is “ready to quit” the show, which is losing Teresa Giudice in January when she starts her 15-month prison term.

A source told the site: “All the drama isn’t worth it to Dina. There’s a lot of bull[expletive] that goes on, both on camera and behind the scenes.”

Manzo also tweeted last month she had no interest, saying that “my soul can’t be around horrible people.”

She hasn’t confirmed the rumors that she might be leaving the show. In early November, Manzo was asked on a “RHONJ” reunion show about coming back and she replied: “Once you walk away from something, remember why you did.”

“I don’t like all the fighting, he said, she said,” she said. “It doesn’t sit well with my soul.” She also said “no” if she would do it again.

Giudice a few weeks ago talked about what she’s going through before she’s goes to prison.

“I just want to apologize to all my fans out there that I let down,” she said, via Us Weekly. “Through all this, I’m gonna make myself a better person.”

Manzo also said that Teresa and her family will thrive when she gets out of prison. She’s gonna survive, and five years from now,” said Dina, “they’re gonna be better than ever.” Joe Giudice will start his 45-month prison sentence after Teresa gets out.