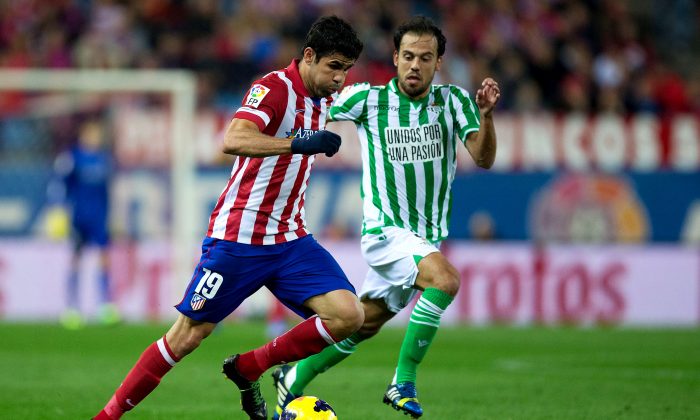 Diego Costa to Play for Spain Over Brazil: Reports

Costa plays for Atletico Madrid and reportedly rejected a call from Brazil, where he was born.

He was granted Spanish nationality earlier this year.

In March, he was called up for the Brazilian national team against Italy.

The Spanish football federation says Diego Costa has asked the Brazilians “not to call him” to play, leaving him free to join the world champions.

The Spanish federation says national coach Vicente del Bosque plans to select Diego Costa for friendlies in Angola on Nov. 15 and in South Africa on Nov. 19.