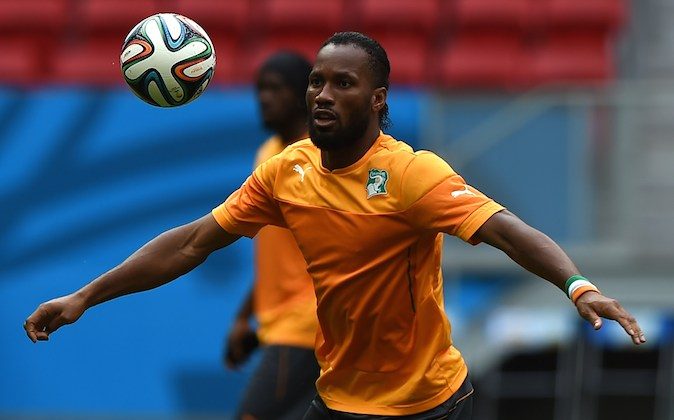 Ivory Coast's forward Didier Drogba takes part in a training session at The Mane Garrincha National Stadium in Brasilia on June 18, 2014, on the eve of a Group C match against Ivory Coast during the 2014 FIFA World Cup. (EITAN ABRAMOVICH/AFP/Getty Images)
Soccer

Didier Drogba Injury Latest: Galatasaray Striker Should Be Fit, But Could Start on Bench Against Colombia

Ivory Coast captain and legend Didier Drogba should be fit to face Colombia, but could start on the bench.

Coach Sabri Lamouchi has suggested that the 36-year-old striker could start on the bench because he had only just got better from a thigh injury.

“People love Didier Drogba and I know there are a lot of lovers of Drogba’s style,” Lamouchi said.

“But you have to understand the last time he played 90 minutes was a few months ago in Turkey.”

“He’s just recovered from injury. He made a lot of sacrifices to be here at the World Cup.”

Lamouchi also knows that whoever wins will likely move on to the knock-out stage of the World Cup.

“It’s looking a little bit like a final of the group,” said Lamouchi, “I’m pretty sure the winner will be qualified for the next phase.”

Here is an AP preview of the Colombia and Ivory Coast game.