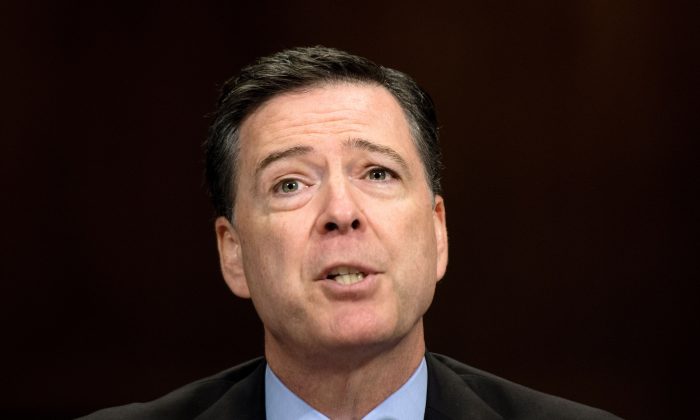 Commentary: Did the FBI Spy on Trump?

Described as “Source #1” in the documents, the FBI vouched for his credibility:

“The FBI believes Source #1’s reporting herein to be credible,” the FBI wrote in the application.

The FBI, however, withheld from the FISC that Steele was being paid tens of thousands of dollars by the Clinton campaign and the Democratic National Committee (DNC)—through law-firm Perkins Coie and opposition research firm Fusion GPS—to produce disinformation on the Trump campaign.

In other words, the FISC approved a spy warrant on a member of a political campaign, based on politicized information from the candidate’s opponent.

Steele’s information, which has become publicly known as the “Steele dossier,” relies almost exclusively on Kremlin-linked sources, and none of the controversial claims have been verified.

The FISA warrant was approved in October 2016 and allowed the FBI to spy on Page as well as other members of the Trump campaign.

The third extension was signed off on by Trump’s own deputy attorney general, Rod Rosenstein.

Who did the FBI spy on in the Trump campaign, or Trump administration, using the FISA warrant?

This is a question that deserves serious attention.

While the FISA warrant, a counter-intelligence tool, was applied and approved for spying on Page, it would have allowed the FBI to spy on hundreds of other people under the so-called “two-hop rule.”

Under the two-hop rule, law enforcement is allowed to surveil the communications of those within two degrees of separation.

This would likely include Trump himself as well as his family members.

The New York Times admitted as much in a Jan. 19, 2017, article in which it said that “American law enforcement and intelligence agencies are examining intercepted communications and financial transactions as part of a broad investigation into possible links between Russian officials and associates of president-elect Donald J. Trump.”

The FISA warrant would have also allowed for retro-active spying using electronic data collected by the NSA under Section 702 of the Foreign Intelligence Surveillance Act. The FBI has access to the raw data the NSA collects.

Further underscoring the importance of knowing what the scope of the FBI’s spying was, is the blatant bias of some of the FBI officials investigating Trump.

The Department of Justice inspector general, in a report earlier this month, showed how the people working on the Trump Investigation, notably FBI agent Peter Strzok and FBI lawyer Lisa Page, showed a strong bias against Trump and in favor of Clinton.

In one message, Strzok told Page that they would stop Trump from becoming president.

Given this bias, as well as willingness by the top FBI and DOJ officials, including then-FBI Director James Comey and then-Deputy FBI Director Andrew McCabe, it has to be asked what happened with the information the FBI obtained through its spying.

Was it used to leak to the media? Was it spread within the Obama administration and used for political purposes against Trump? Was it provided to any members of the Clinton campaign or DNC?

Comey admitted to having leaked memos to The New York Times through an intermediary. The memos were later shown to have been classified “Secret” and “Confidential.” This information, in turn, has been weaponized by media outlets against Trump and his administration.

If the FBI indeed mishandled the surveillance it conducted on the Trump campaign, it would amount to the biggest political scandal in modern history.

If there was spying on Trump once he became president, it would amount to an unprecedented matter of national security.