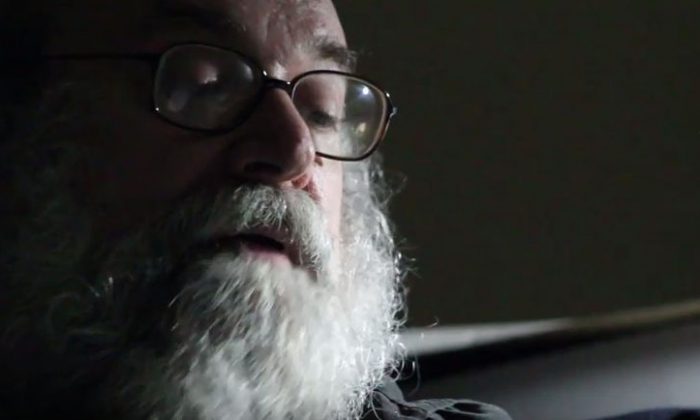 Did Stanley Kubrick Really Say NASA Moon Landings Were a ‘Hoax’ in Interview?

A video that purports to be of legendary film director Stanley Kubrick saying the NASA Apollo moon landings were “fake” and a “hoax” is probably not real.

UPDATE: A spokesperson for Kubrick’s family told Gawker: “The interview is a lie, Stanley Kubrick has never been interviewed by T.Patrick Murray the whole story is made up, fraudulent & untrue.”

U.K. tabloids reported on the two-hour video, titled “SHOOTING STANLEY KUBRICK EDIT X,” and it shows a bald man with a long beard. However, half the man’s face is obscured by shadows.

The man says at one point: “The conspiracy theorists were right, on this occasion.”

“(It’s) an unparalleled fraud perpetrated against them. They should know.

The interviewer in the video then says to him: “How did you end up giving in? Being complicit with this fraud?”

But according to hoax-debunking website Snopes, unedited versions of the interview suggest that “Kubrick” in the video might be an actor. The interviewer at one point calls him “Tom” and then instructs him on how to tell part of the story.

The interviewer says: “You don’t say he said anything. You say what he says. Tom, I’m giving you directions. You don’t have to imitate him (Richard Nixon). You’re not reporting it. You’re repeating it … We’re doing exposition here. That’s how we’re going to sneak it in.”

And as many have noted, the man in the video doesn’t look like Kubrick or sound like him. Here’s a clip of Kubrick speaking:

The so-called footage was shot by T. Patrick Murray, who claims to have “secured an interview” with Kubrick in May 1999.

However, Kubrick, who directed “Dr. Strangelove” and “A Clockwork Orange,” died on March 7, 1999.

Snopes also suggests Murray is using the videos to draw attention to increase interest in his project. He has not confirmed if the footage is real.