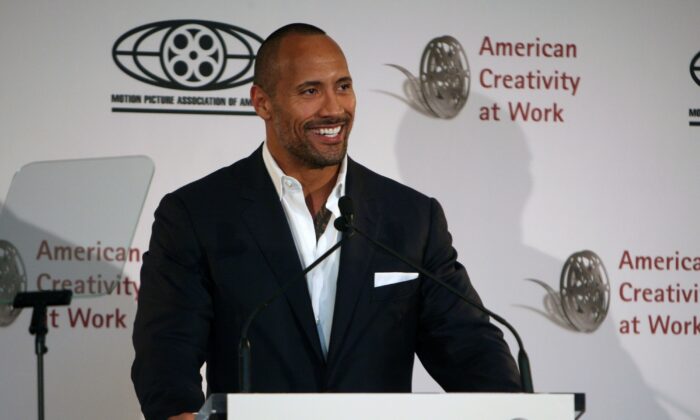 Did Dwayne Johnson Buy a T-Rex Fossil for $31 Million? Here’s Why the Rock’s Manningcast Appearance Leaves Some Wondering

Dwayne “The Rock” Johnson upped the interior design bar when a Tyrannosaurus Rex skull appeared in the background during an interview on the “The ManningCast” show on Monday night.

They were discussing Johnson’s football career at the University of Miami when Eli Manning pointed out the dinosaur.

“That’s Stan. So as a matter of fact Stan is the most complete T-Rex skull ever found by a paleontologist—a young paleontologist—and his name was Stan, so this T-Rex head was named after him,” said Johnson.

To paleontologists worldwide—and for those who do or don’t study rocks of any sort—the question is: Where did this Rock get “Stan”?

The T-Rex bones possibly in question were discovered more than three decades ago in South Dakota by an amateur paleontologist named Stan Sacrison and was nicknamed, of course, “Stan.” Housed in the private Black Hills Institute of Geological Research in Hill City, South Dakota, it was put up for auction as a result of a lawsuit that ruled it had to be sold as a payout for one of the owners of the institute.

In October 2020, London-based auction house Christie’s sold the “Stan” for a record $31.8 million, the highest price ever paid at auction for a fossil, stated a National Geographic article.

Paleontologists hoped it would go to a museum allowing them and other scientists to continue to study it. But “Stan” went to a private owner and disappeared, much like he (or she) had done so many millions of years ago in the lonely landscape of South Dakota.

Could Johnson’s lively abode now be “Stan’s”—all 39-feet and 188 original bones—new resting place? And, did Johnson decapitate “Stan” to fit in what looks like his kitchen?

No one knows—for now—but it might be a relief to some is that the institute sold high-quality casts of Stan, and it can still do so as terms of the lawsuit, according to National Geographic. A look on the institute site shows that a “Stan”-cast T-Rex skull with neck costs $17,500.

And this may be what Johnson has.

“Pretty cool and badass, isn’t it?” Johnson remarked about “Stan,” who may or may not be the $31 million man.