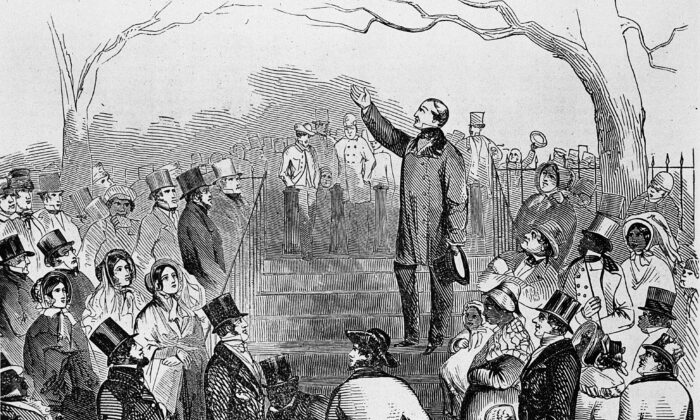 Did American Colonizers Create Slavery in the New World?

For anyone who needs to brush up on their knowledge of American history, particularly claims made in the “1619 Project,” I highly recommend watching one of the latest episodes on EpochTV “The Shortcomings of Jamestown” the second in a three-part series entitled “The American Story.”

In this episode “The Shortcomings of Jamestown,” host Timothy Barton, president of WallBuilders; and Jonathan Richie, Assistant Director of the American Journey Experience; tell the true story of the colony at Jamestown. Most of what Columbus explored was in Central and South America, however, the colonies in North America are what would establish and eventually become the United States. Although Columbus discovers the New World in 1492, the Jamestown colony and the colonization by Englishmen were not founded until 1607, over a hundred years later. Richie reads interesting writings of the day which address this gap, citing that the Reformation in Europe resulted in the people who moved to America wanting to escape religious persecution.

In large part, most of the colonies were founded on religious grounds for religious reasons. The idea was to create a religious colony where people could go and be tolerated and propagate the gospel of Jesus Christ. Jamestown was built with this intent. They wanted to provide a place where people could go and enjoy religious and civil labor on a larger scale. “We might look back and say they should have done more or expanded it further,” says Richie, “but for the time and the context of that world civilization, it’s a step in the right direction, where they’re expanding freedom to more people, in a more meaningful way than it had ever been done.” He says this was the entire idea behind what led to the colonization of Jamestown and eventually Plymouth.

The EpochTV episode tells the fascinating story of John Smith and Pocahontas, who saved his life after his men were killed by natives and he was about to be killed as well. She negotiated his freedom and also led delegations to provide the Jamestown people with the resources they needed while they were trying to provide for themselves and learn how to navigate the new world. This treaty relationship is important to note. John Smith eventually becomes the governor of Jamestown, while the relationship between Jamestown and the natives was good. However, there were some issues among the English at Jamestown, many of whom starved and died. Due to a lack of work ethic, John Smith made new rules for the colony that those who did not work did not eat. There was an explosion shortly after these rules were established and John Smith was injured and sent back to England to recover. Many at the time thought it was an intentional event meant to kill Smith or get him out of the way. Leaving Jamestown without a leader, or at least a leader who kept them in check, Jamestown began digressing.

The Shortcomings of Jamestown | The American Story Episode 1

Asking for too many resources from the native Americans, the natives eventually had to say no. The colonizers experienced starvation that winter and lost much of their numbers. They ate their livestock, pets, etc. and they even dug up the dead bodies of those who had died, and often turned on each other and ate one another. After this, some of the natives began raiding them, and there were some residents of Jamestown who were captured and held as prisoners of war in these native camps. The governor of Jamestown at the time decided they needed to get their people and resources back.

To accomplish this, the governor paid a native American chief of another tribe to kidnap Pocahontas for them to hold as a prisoner and use for a prisoner exchange. The colonizers did use her to negotiate and get their people and goods back, however, this was not an honorable act for the people of Jamestown to do.

Despite the many shortcomings of Jamestown, some positive things did come out of it as well. In 1619, the first legislative body of the new world meets in Jamestown, with some of the seeds of the American ideas growing. In recent years, what we know as the “1619 Project,” is what is being told as the beginning of America for a different reason entirely. In 1619, according to the New York Post article, a pirate ship lands in America and unloads what the article claims is the first African American people to land in North America as slaves. It’s important to note that the African northern slave trade started around the 1500s, and in North America, there were already Spanish and french colonies that both participated actively in the slave trade. “The whole idea behind the 1619 Project is just completely historically false because there were already African slaves in what later became the continental United States, prior to 1619,” explains Richie, saying you can go back to even 1526 to find examples. He shows primary source historical documents proving the 1619 narrative is false. The narrative is that America created and was built on slavery, America fought a revolution to keep the institution of slavery, among other accusations. “Historically, it’s not that America didn’t participate in the slave trade or slavery,” says Barton, “it’s just that the way the story is being told is not historically accurate given the context or even original documents.”

It’s also important to note that chattel slavery wasn’t legal in America at the time. Slaves were sold as indentured servants, which is significantly different than slaves. Indentured servants were integrated into the colony with the same legal standing as white indentured servants, they would work for an allotted period of time and then be freed, oftentimes given land, property, clothes, and set up to have their own life in the colonies. Interestingly, one of the first historical figures credited for establishing chattel slavery in America was believed to have been one of those indentured servants and was himself an African American, Anthony Johnson. He landed with the ship in 1619 and eventually earned his freedom, became a landowner, and began purchasing indentured servants himself. In a civil suit, Johnson won the perpetual ownership of another African man in the 1650s. “This is a very seminal moment because it is the first time that we’ve been able to identify in the history of America that somebody is made a perpetual lifetime slave, not for committing an actual crime, it’s in a civil suit,” says Richie, emphasizing it was also over a black man owning another black man.

Today we hear the Jamestown people were evil, and if looking at the facts, Barton says there are a lot of issues. However, to rewrite history to paint a people group as bad is simply lying to promote a specific agenda. The EpochTV episode also shows artifacts of weapons that Africans would use to capture other Africans and sell them into slavery. Referring to slavery, Barton says “This was something that was certainly an evil around the world, and today when people say that America is evil because of this, Americans certainly participated in some really bad and evil things, but America was not the originator or instigator of this moment that is portrayed in the 1619 project.”