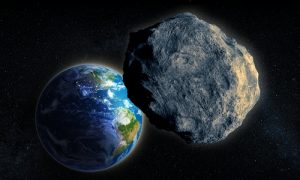 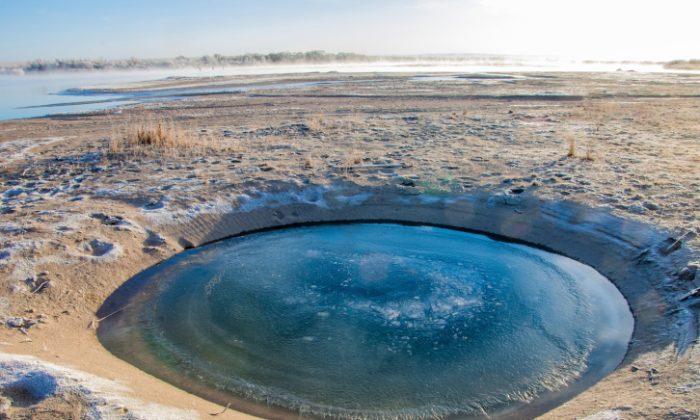 A file photo of a meteorite crater filled with water on Earth. (Thinkstock)
Science

Did All of Earth’s Water Originally Come From Outer Space?

A comet carrying enough water to fill a small lake broke apart near the sun in 2000. It was a great surprise, providing astronomers with the first tangible evidence to support a controversial theory that Earth’s water may have arrived on comets billions of years ago.

The water on this comet is thought to have the same isotopic composition as water found on Earth. The estimation for how much water it carried was made by scientists at the Solar and Heliospheric Observatory, a project run cooperatively by NASA and the European Space Agency (ESA). They saw the cloud of hydrogen released as the comet broke up.

“The idea that comets seeded life on Earth with water and essential molecular building blocks is hotly debated, and for the first time, we have seen a comet with the right composition to do the job,” said Michael Mumma of NASA’s Goddard Space Flight Center, according to the NASA website.

Water has been spotted in other parts of space, but unlike the water in this comet, it doesn’t have the same isotopic composition as Earth’s.

In 2011, astronomers found the largest and farthest water reservoir in the universe—it is equivalent to 140 trillion times all the water in the world’s oceans. It was found surrounding a feeding black hole known as a quasar 12 billion light-years away.

“The environment around this quasar is very unique in that it’s producing this huge mass of water,” said Matt Bradford, a scientist at NASA’s Jet Propulsion Laboratory, in a NASA news release. “It’s another demonstration that water is pervasive throughout the universe, even at the very earliest times.”

Also in 2011, astronomers detected oceans of water enveloping a young star. A solar system is likely developing around the star, which is 175 light-years away. The great quantities of water found around it suggest water-covered planets similar to Earth may be common in the universe, said NASA.

This artist’s concept illustrates an icy planet-forming disk around a young star called TW Hydrae, located about 175 light-years away in the Hydra, or Sea Serpent, constellation. (NASA/JPL-Caltech)

Since the human body is largely made up of water, contemplating the origins of Earth’s water is like contemplating from where the matter in your body originally hailed.