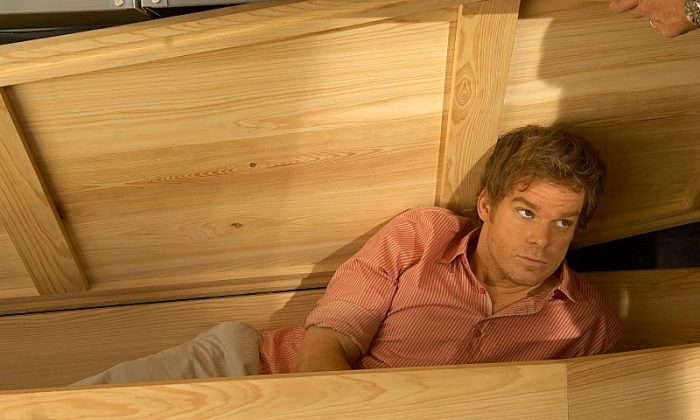 The Dexter spin-off rumors continue flying in 2014 as fans of the show want to see more action.

Hall addressed the recent spin-off buzz in an interview with the Today show.

“It’s something that I can’t even begin to wrap my head around at this point,” he said.

Showtime’s president David Nevins said earlier this year that there’s chance of a spin-off that will feature Dexter.

“It’s something we continue to talk about,” he said. “If we were to do it, we would have to have a very good reason to do it. It would have to feel like it’s a new show. I’m not interested in doing it if it’s just a continuation… There have been some light, ongoing conversations. It hasn’t really gone anywhere yet.”

Nevins emphasized that it would only work with Hall.

Hall is in a new role in the Broadway production of “The Realistic Joneses.” It opens on April 6.

“(It’s) good to get out of the death business,” Hall explained. “You know, when you make an open-ended commitment to a character for a long period of time, it’s nice if there’s a lot of complexity and opportunity for evolution. But, yeah, it’s nice to do something that is perhaps a bit lighter, and it’s really great to get that feedback from the audience every night.”