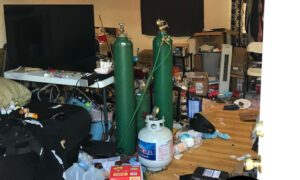 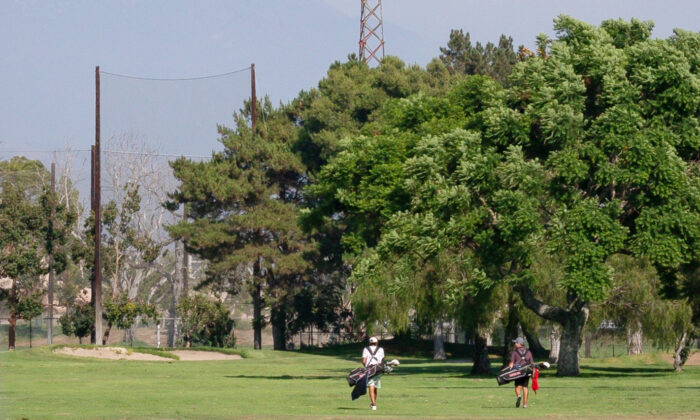 A view of Willowick Golf Course, owned by the city of Garden Grove, though it is located in Santa Ana, Calif., on Aug. 24, 2020. (John Fredricks/The Epoch Times)
Southern California

On Dec. 8, the council voted 5–2 to enter into a 90-day phase of negotiations with several groups interested in acquiring the land.

Garden Grove has operated the Willowick Golf Course on the property since 1964. The issue of redevelopment came up as revenue declined in recent years. Though the property is located in Santa Ana, California, it is owned by the city of Garden Grove.

A previous attempt by Garden Grove officials to lease or sell the land was met with a lawsuit in 2019.

The nonprofit Orange County Communities Organized for Responsible Development (OCCORD) successfully sued Garden Grove, resulting in a preliminary injunction against the city until it complies with the Surplus Land Act (SLA).

The lawsuit argued that the SLA required the public land be used for parks and much-needed affordable housing to serve the local communities.

“We already got sued because of this Willowick project, and we already lost hundreds of thousands of dollars,” he said. “I do not want to subject us to another lawsuit. That becomes expensive if the negotiation turned … into [another] litigation complication and we’re being sued again.”

Bui voted no on the item, noting that current opposition from Rise Up Willowick, a coalition advocating for the property to become a community asset, is “very similar to what we saw in 2019.”

Bui reminded city councilmembers that he expressed concerns over litigation in closed sessions prior to last year’s lawsuit, but others at the time dismissed his concerns.

Mayor Steven R. Jones said at the Dec. 8 meeting, “We’re following the letter of the law going through the Surplus Land Act process. … The item in front of us tonight is to commence good faith negotiations with all … potential offers.”

While City Attorney Omar Sandoval noted that there’s no current threat of litigation, there’s also no guarantee that lawsuits won’t occur in the future.

“All we can do is follow the letter of the law,” he said.

Jones, who voted yes, said, “I would suggest everybody kind of cool their jets and get in line with the hard work and diligence that our staff and legal counsel has done to bring this forward.”

“There’s just so much potential for a mistake or something to happen right now,” he said. “I don’t necessarily think we need to rush into this. … I’m not necessarily sold that we even need to sell the land anymore, to be honest with you. I’m on the fence on that now.”

Four proposals are currently on the table.

A second proposal was submitted by McWhinney, a hotel resort developer whose previous deal with the city was halted by the 2019 lawsuit.

The County of Orange offered a supplemental proposal to work together with the group that acquires the land to operate and maintain a regional park.

The fourth proposal—which is supported by Rise Up Willowick—is from the Trust for Public Land, a nonprofit dedicated to providing public access to nature and the outdoors.

“We’re trying to hold them [the city council] accountable and make the process more transparent so that they can’t hide behind these closed doors,” Rise Up Willowick member Cynthia Guerra told The Epoch Times.

“If the city was left on their own without any community groups or residents holding them accountable, I think they would likely try to choose someone like McWhinney or even City Ventures, because those two projects do monetize a lot of the land. [That] is not in the spirit of the SLA.”

That spirit, in her view, is to make best use of the land to the community.

Guerra said the coalition supports Trust for Public Land’s proposal because it fully utilizes the land for vital public benefits like open space and affordable housing.

She referred to a 2019 survey of 324 residents, most of whom live within a half-mile of the Willowick Golf Course.

“What they would want and what they need in that community is accessible open space … like a park, community gardens, maybe a community center, and also affordable housing,” Guerra said. “That’s the ideal project. [It] fully aligns with the [needs of the] community.”