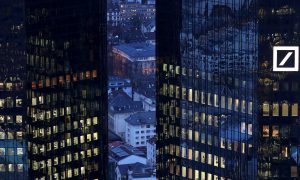 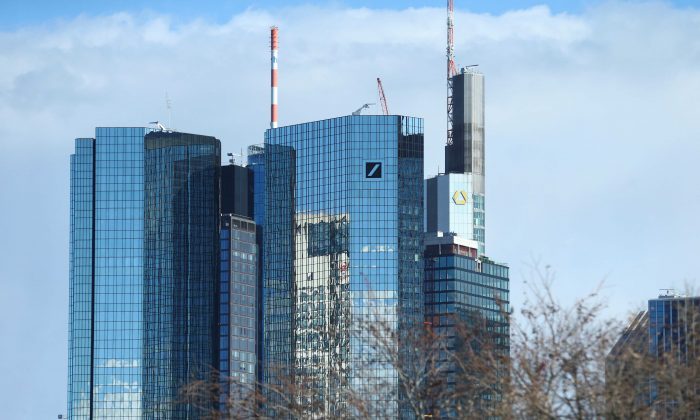 Outside view of the Deutsche Bank and the Commerzbank headquarters in Frankfurt, Germany, March 18, 2019. REUTERS/Ralph Orlowski
Companies

Combining Germany’s two largest banks could result in 30,000 job losses, a union warned, prompting Merkel’s chief of staff to say the government was scrutinizing the issue.

The concerns underline the obstacles to combining the banks, which confirmed talks about a tie-up on March 17 following months of pressure from Berlin, which has pushed for a deal amid concerns about the health of Deutsche Bank, which has struggled to sustain profits since the 2008 financial crisis.

Chancellery Chief Helge Braun told Bild newspaper that it would be “difficult” if thousands of jobs would be cut, warning that the government was “never passive when it comes to deals of such magnitude”.

Together the two banks employ 140,000 people worldwide, 91,700 at Deutsche and 49,000 at Commerzbank and a merged bank would have one-fifth of the German retail banking market.

Despite the worries about jobs, the market reaction to news that the two banks were engaged in talks, which ended months of speculation, was positive.

The supervisory boards of both banks are due to meet on March 21, with the merger likely to top the agenda.

However, two top shareholders in Deutsche Bank expressed their disapproval, with one questioning not only the logic but also the timing of a deal.

“There is no obvious reason why these two banks should be merged,” a person close to another shareholder said.

In addition to regulatory and antitrust risks, an effort to merge would mean “several more years of significant internal restructuring,” while competitors move forward.

Berlin, which holds a stake of more than 15 percent in Commerzbank following a bailout, wants a national banking champion to support its export-led economy, best known for cars and machine tools.

However, the jobs impact could be a major hurdle.

A merger of Deutsche Bank and Commerzbank could result in as many as 30,000 job cuts over the long term, a representative of German union Verdi, who is a supervisory board member at Deutsche Bank, told n-tv broadcaster.

Most of the 30,000 positions at risk are based in Germany, with 10,00 at threat in the short term, Verdi’s Jan Duscheck said in comments published by the TV station.

“A possible merger would not result in a business model that is sustainable in the long term,” Duscheck said.