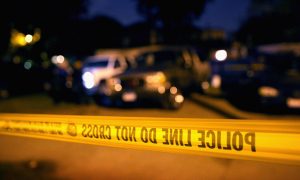 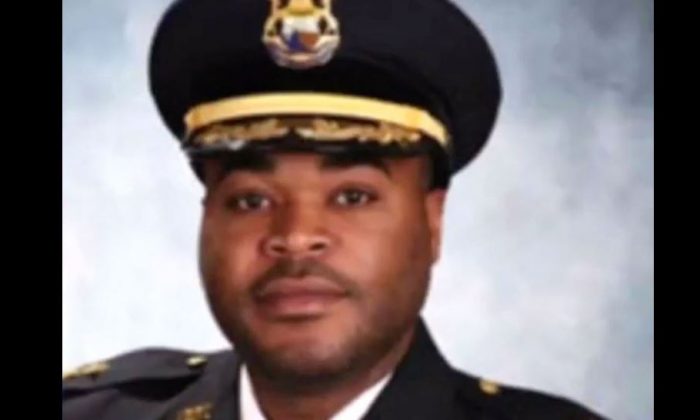 Detroit police officers arrested their own commander for allegedly driving while drunk, an incident a police official called “troubling.”

“Very disappointed, and certainly we’ve had conversations with him since this tragic incident,” Detroit Police Chief James Craig told reporters on Jan. 28.

Third Precinct Detroit Police Cmdr. Johnny Thomas has been placed on restricted duty while the internal investigation and external criminal case proceeds. He has not been charged as of yet with what was expected to be a misdemeanor.

“He has remorse,” Craig added. “When you’re at the rank of commander, you’re held to a high standard in this police department.”

Because the likely charge is a misdemeanor, Craig said he would likely not be suspended but he could be demoted or terminated.

Thomas was arrested on Jan. 26 for allegedly driving under the influence and causing a three-vehicle accident near the Detroit Medical Center, reported The Detroit News.

Thomas tested for a .18 blood alcohol level (BAC) at the scene, which is more than twice the legal limit and would be considered “super drunk” per state law.

A 2010 bill placed stiffer penalties for people who test .17 or higher, MLive reported.

Thomas was driving at around 1:30 a.m. when he smashed into a vehicle that was sitting at a red light. Another vehicle somehow became involved in the crash.

Craig confirmed to reporters that some of the officers who work under Thomas arrested him and alerted authorities within the police department.

“We applaud the officers for the courage to do something, it takes a lot of courage,” Chief Craig said.

Andrew Hinton, who lives near the site of the crash, told WJBK: “It’s embarrassing I guess. You’re supposed to be the police commander there is a higher standard to operate by.”

The 19-year-old driver of the pickup truck that Thomas slammed into was taken to the hospital for treatment and then released. The driver and passengers in the third vehicle escaped the crash uninjured.

The Wayne County Prosecutor’s Office said that it received the recommendation for two misdemeanors from the police department and would file charges soon.

Assistant Wayne County Prosecutor Maria Miller said in a press release obtained by The Detroit News that the office on Monday received “a not-in-custody warrant request relating to … allegations of Operating a Motor Vehicle While Intoxicated.”

“It is currently being reviewed,” Miller said, adding no charges would be issued Monday.

According to statistics compiled by the National Highway Transportation Safety Administration, almost 30 people die in the United States every day in drunken-driving crashes.

Alcohol reduces the function of the brain, impairing thinking, reasoning, and muscle coordination—all of which are essential to driving safely, the administration noted.

“As alcohol levels rise in a person’s system, the negative effects on the central nervous system increase, too,” it stated.

“Even a small amount of alcohol can affect driving ability.”

At .15 blood alcohol level, typical effects are listed: “Far less muscle control than normal, vomiting may occur (unless this level is reached slowly or a person has developed a tolerance for alcohol), major loss of balance.”

The effects on driving are then listed as follows: “Substantial impairment in vehicle control, attention to driving task, and in necessary visual and auditory information processing.”